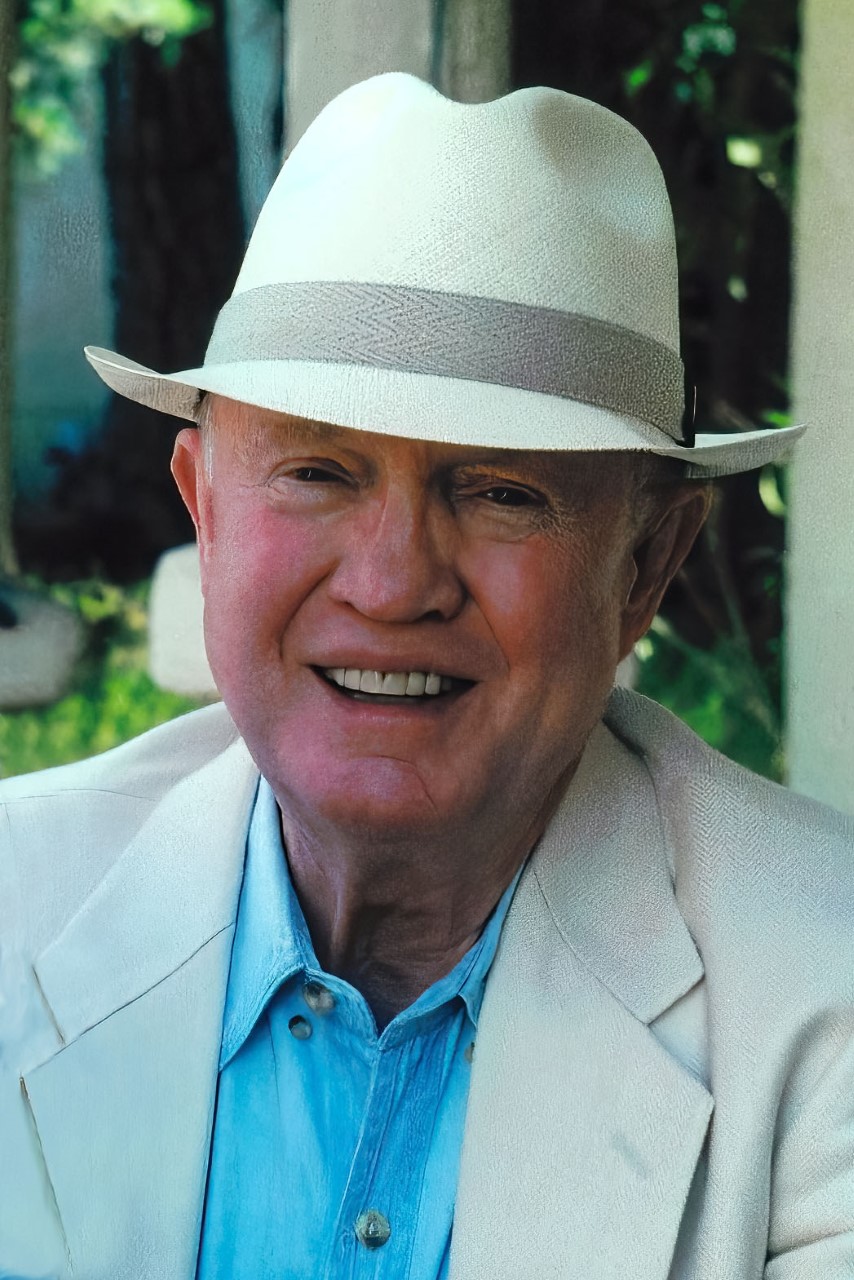 Jarrett Forest Shirley, beloved husband, father and grandfather, became absent from the body and present with the Lord on November 11, 2021.

Mr. Shirley was born in Dallas, Texas on July 2, 1933. He graduated from Adamson High School, Class of 1950, and continued his education at Texas Christian University and Southern Methodist University.
Jarrett began employment with Procter & Gamble in 1951. Soon afterward, in 1953, he was called to serve his country when drafted by the United States Army. He was stationed in Sapporo, Japan where he met his beautiful wife, Yaeko. Upon honorably completing his military service as a Sergeant, the young couple made their new home in Dallas. Jarrett resumed employment with Procter & Gamble which brought transfers to various states and assignments in Japan, Brazil and Hungary. He was honored to have a photograph of him with his young family enjoying Dividend Day at Six Flags Over Texas featured on the cover of Procter & Gamble’s Summer 1962 Moonbeams – Manufacturing Edition. Concluding forty-seven wonderful years of employment with Procter & Gamble, Jarrett retired in 1998 in Modesto, California.
Jarrett and Yaeko were the proud parents of three children, Barbara, Forest and Jannett (Philip Paul III) and were the proud grandparents of their cherished grandson, Philip Paul IV.
Throughout his life, Jarrett enjoyed staying active. As a teen in Dallas, he was a lifeguard and saved the lives of several people. At Adamson High, he participated in football and track. At Procter & Gamble, he won numerous table tennis and bowling trophies. In California, he completed a full marathon at fifty years of age.
Jarrett attended Family Worship Center (Jimmy Swaggart Ministries) in Baton Rouge, Louisiana. He delighted in being of service to God as a faithful volunteer at the Ministry.
Mr. Shirley will be laid to rest at Forest Lawn Cemetery, Hollywood Hills, California beside his loving wife and loving son. His passing has left a tremendous void in the hearts of his loving family and friends.