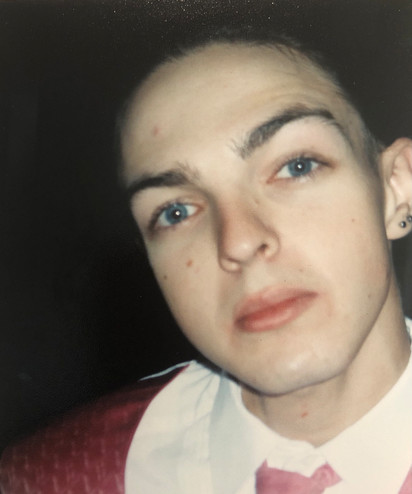 Mark Anthony Melancon Sr. was born on April 9, 1985 in Baton Rouge, LA. At 36 years young he was taken from this world far too soon. Mark Sr. tragically lost his life in the early hours of Friday, May 14, 2021.

Mark Sr. began playing the drums as a teenager which lead to a passion for music. He started a band called Lost Logic and played at many local venues. He was known as a skilled and intuitive musician among his many avid listeners. In addition to being a talented musician, Mark Sr. also had an affinity for poetry and art.

On January 11, 2011, Mark Sr. welcomed his son, Mark Jr. into the world. In addition to Mark Jr., he was a devoted and caring father to Tawni’s children from a previous relationship, Shawn and Aubrey. Mark Sr. loved all of his children. The kids greatly enjoyed their time with “Daddy Mark”. Often, he would bring them to the arcade to see if they could break the ticket record from their previous trips and get bigger prizes.

Mark Sr., like many others, was not without personal struggles. However, those who knew him can recall that at heart he was a good person and would do anything to help a friend in need. Mark Sr. was working as a Technician with Heavy D’s HVAC and Electric at the time of his death. He was on track to build a wonderful life for his family.

Mark Anthony Melancon Sr. may be gone but he will live on forever in the hearts of everyone who loved him.