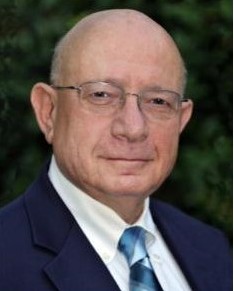 Peter Jacob Bondy, age 78, resident of Prairieville, Louisiana passed away on Tuesday, September 27, 2022 at Our Lady of the Lake Hospital in Baton Rouge. A native of Guayaquil, Ecuador, Peter called the United States his home for 60 sixty years. Peter was a member of the Parkinson’s community, attending Movers and Shakers meetings and actively participating in group exercise classes. He was also a proud graduate of Wake Forest University, where he later served on the Board of Visitors and the Global Programs Advisory Committee. Go Deacs! He is preceded in death by his parents, Jorge and Ilse Bondy, his brother, Richard, and his daughter, Julie. Peter is survived by his wife, Yvonne, his son, Peter Jr., and his daughter, Jennifer. He is also survived by his sister, Maria Isabel, nieces, Bella and Adriana, and nephew, Humberto. For more than 40 years, Peter worked in the reinsurance and consulting areas in the actuarial industry in the United States and Latin America. A wine connoisseur and member of the American Philatelic Society, he enjoyed fishing, traveling, and eating. Lord, did he love eating! Later in life, Peter also enjoyed annual retreats at Manresa in Convent. Funeral services will be held on Friday, October 28, 2022 at Most Blessed Sacrament in Baton Rouge, Louisiana. Visitation will begin at 10am with a funeral Mass to be held at 11:30am. Interment will follow at Serenity Oaks Memorial Park in Prairieville, Louisiana. Peter probably would have preferred that in lieu of flowers, you send food and wine. The family, however, requests that in lieu of flowers, donations please be made to the Davis Phinney Foundation for Parkinson’s at www.davisphinneyfoundation.org