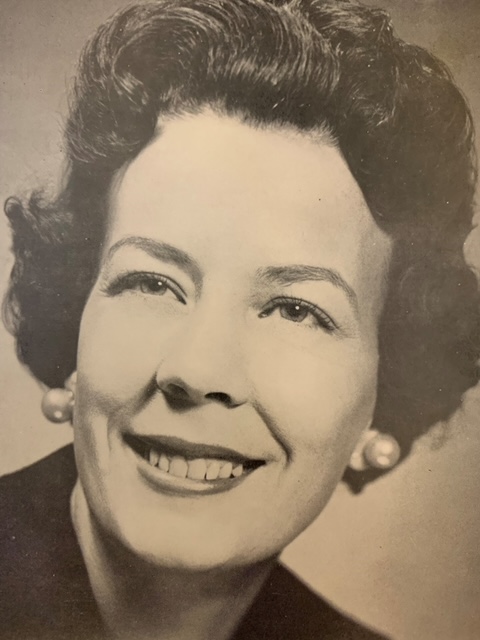 Joy Gilbert Ward, 97, passed away peacefully at her home on November 14, 2022, surrounded by her daughters.

She was a devoted wife, mother, grandmother, great-grandmother, and friend. Joy was born on December 28, 1924, daughter of John Barton Gilbert and Mary Clair Norwood Gilbert, and grew up in Hartsville, South Carolina. Her family home is listed in the National Register of Historic Places. She graduated from Salem Academy, Winston Salem, NC, Briarcliff College in Briarcliff Manor, NY, and the University of North Carolina at Chapel Hill in 1945, with degrees in Music and English. She was a charter member of the Alpha Sigma Chapter of Tri-Delta Sorority and was an avid Tarheel fan. She met the love of her life, LeRoy Ward, at Carolina. They married in 1947 and moved to Baton Rouge where they raised five beautiful daughters. She quickly became devoted to her new community of Baton Rouge, serving as a community leader and volunteer with the Junior League of Baton Rouge and served as president in 1960-61, the Baton Rouge Symphony Auxiliary, the Baton Rouge Opera Guild, and Questor’s. During her leadership with the League, the Baton Rouge Speech and Hearing Center and the Arts and Sciences Center in the Old Governor’s Mansion were established.

Joy will be remembered for her exceptional beauty and grace. She filled her home with love, laughter, and music. Her daughters will always cherish the memories of gathering around the piano with Joy singing Christmas Carols. Joy was preceded in death by her parents, her sister, Jane Tomlinson, her husband Walter LeRoy Ward, III, and her eldest daughter Diane Toups.

She is survived by her daughters, Katherine Ward (Philip), Claire Murphy (Michael), Clay Roberts (Richard), and Janie Lauve (Richard); ten grandchildren, Dana Toups, Danielle Stewart (Jonathan), Stephanie Hanlon (Cal), Christopher Dose´ (Megan), Patrick Dose´, George and Joy Roberts, Claiborne Martin, Lauren Gray Sanders (Patrick), and Andrew Martin (Holly); and five great grandchildren, Tristen and Trey Toups, Cate Stewart, Cooper Sanders, and Louise Hanlon. The family would like to express their sincere appreciation to her beloved caregiver Tennille Meggs who has provided loving care and companionship for the past six years. We would also like to thank Alwonda, Nurse Stephanie, and the other dedicated caregivers from Hospice In His Care and Griswold Home Care.

Her Funeral Service will be held Monday, November 21, 2022, at Our Lady of Mercy Catholic Church, 445 Marquette Avenue, Baton Rouge. Visitation is at 9:00 am, Mass is at 10:00, and Interment to follow at Roselawn Memorial Park.