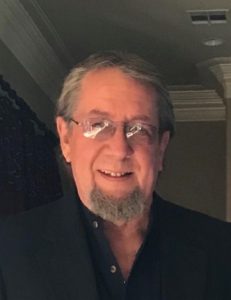 Timothy William Snyder 72, of Saint Amant, Louisiana passed away quietly in his sleep on November 2, 2022, after a three-year battle with congestive heart failure. Tim was born on May 16, 1950, in Canton Ohio. After Tim graduated from Glenwood High School in 1968, he went on to join the Airforce that same year.  After serving four years in the 17th Field Maintenance Squadron (SAC) at Wright-Patterson airbase as an inflight refueling specialist on the KC-135, Tim was honorably discharged from the Airforce in 1972. Shortly after his discharge he visited a friend from the service in Thibodeaux, LA and decided to trade his “buckeye” card for a “coon-ass” one. Tim met his future wife in 1976 while living in Westwego, LA, they married on March 16, 1977, and would stay happily married until Julie’s death in 2017. Over his 72 years Tim had numerous careers that included carpenter, boat captain, diesel mechanic, and dump truck owner/operator.  Tim’s passions were spending time with family, riding his Harley, fishing, and in later years, enjoying the sunset from his front porch with his K9 companion Bella. Proceeded in death by his wife, Julie Snyder, father, William Snyder and mother, Jane Snyder.  He is survived by his children Joshua (Alice) Snyder and Kyle (Haley) Snyder; grandchildren, Jaden Snyder, Caleigh Snyder, Taylar Snyder, Arianna Tilley, Payton Snyder, Kyleigh Snyder, Jaxon Snyder, and Adaya Bowen and sister Tamee (Paul) Kieffer. Celebration of life will be at 9 a.m. on Friday November 18, 2022, at the Gonzales VFW Post, 42430 Churchpoint Rd, Gonzales, LA 70737. Intermittent will follow at Serenity Oaks Memorial Park, 15304 LA-73, Prairieville, LA 70769.