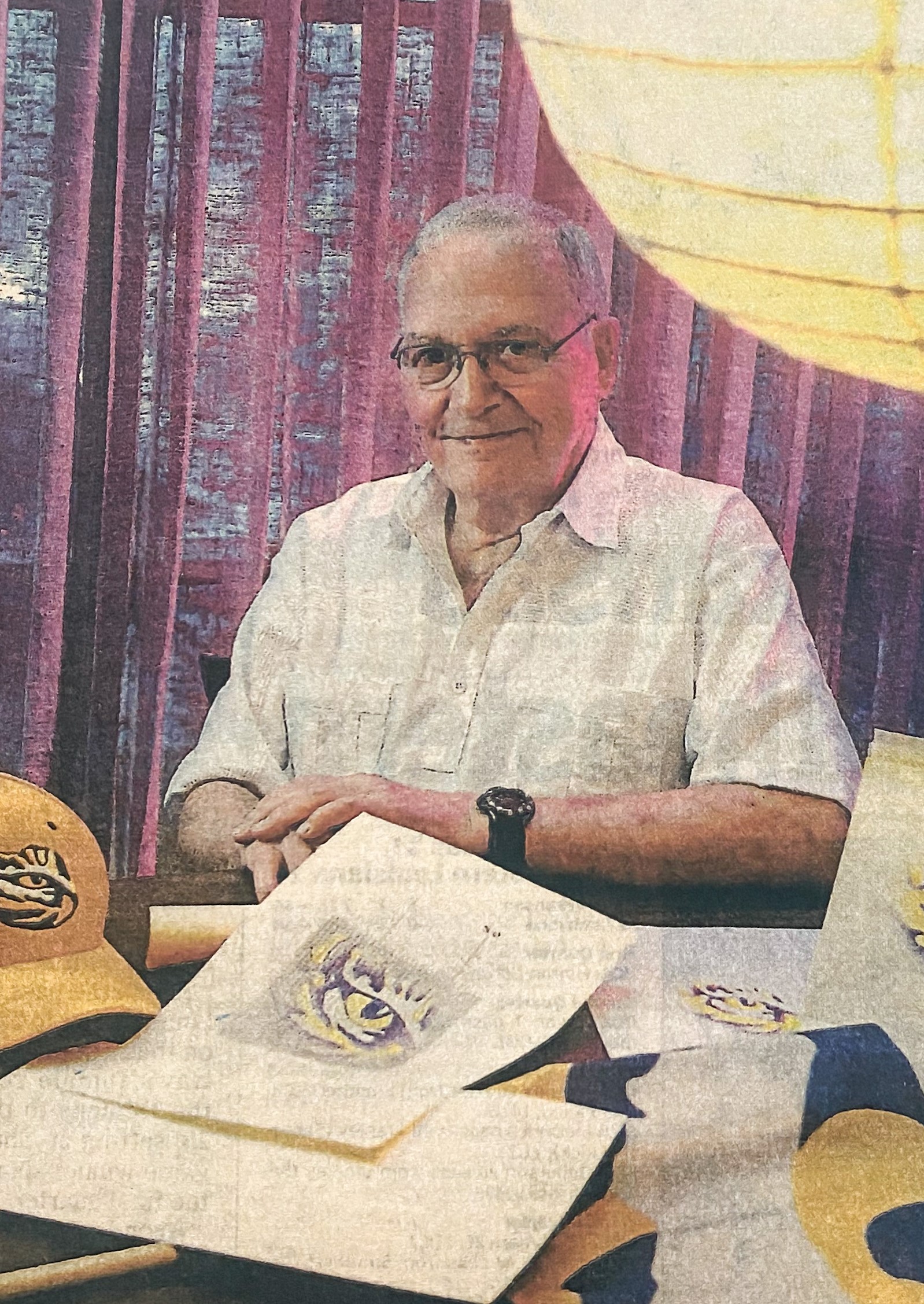 Donald “Don” Bruce passed away on September 20, 2022, with his loving children by his side. Don, a Kansas native, but longtime Baton Rouge resident, was 94 years old. During his 27 years on the faculty at LSU in the College of Art and Design, he taught and mentored scores of students and has been described as “a true mid-century renaissance man” for his breadth of academic and professional work across these fields. Don designed the original Eye of the Tiger logo for the LSU Athletic Department, actually painting it (with his son) on the field for many years.

A veteran of the U.S. Army Signal Corp., Don served his duty stationed at the Military Demarcation Line in Korea. Fortunately for his future family and students, his service was before the Korean War.

Don enjoyed hunting, fishing, designing, and building. He thrived in both the galleries of the fine arts world and the deep woods of Montana and Louisiana.

He was preceded in death by his beloved wife of 49 years, Donna Cox Bruce, his mother Madge Griffin Bruce, and his father Leon Barnard Bruce.

As it was Don’s wish not to have a formal service, memories and condolences may be sent to Scott Bruce, 11390 Mill Creek Lane, Slaughter, LA 70777. Memorial donations may be made to CCA Louisiana (Coastal Conservation Association of Louisiana) at ccalouisiana.com or to the NRA (National Rifle Association) at nra.org.