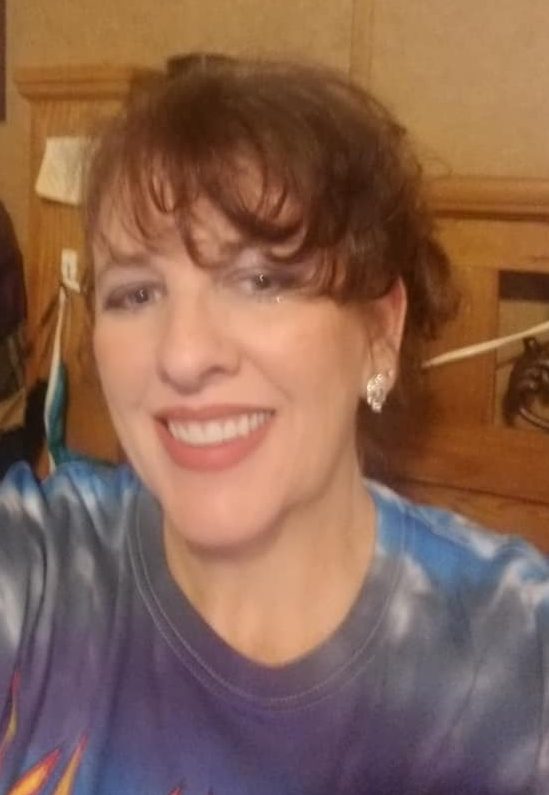 On Tuesday, September 6, Kacee was called home to our Lord and Father. She was a resident of Gonzalez, LA. She is survived by her husband, Robert McCoy; son, Ian McCoy; mother, Patricia B. Brock and step-father Donald E. Brock of Baton Rouge; father, Glen Daniels of Mobile, Alabama; sister Kelly Accardo of Baton Rouge; step-sisters, Laurie Garrett and Shelly Lard of SE Louisiana. She had a large extended family that includes numerous aunts, uncles and cousins that reside in the SE Alabama and NE Florida area.  Kacee was born in Pascagoula, MS. and a Graduate of Robert E. Lee High School, Class of 1989, in Baton Rouge. Afterwards she went on to attend both Vocational and Jr. College and later was employed as a Pharmacy Technician with Walgreens. Afterwards she taught Pharmaceutical classes until a chronic illness prevented her from working.  She had an eternal love for her husband Robert and was fully dedicated to her family and had a very tight bond with her son, Ian. Kacee was an avid fan of the New Orleans Saints and the LSU Tigers football teams. She had a heart of gold and was always willing to give even if it meant sacrificing for herself. She was always very attentive to her son’s needs and constantly supported and encouraged her son with his education and sports activities. Her absence will be felt by all who knew her. Visitation will be from 9:00 am to 11:00 am, Monday, Sept 12, at The Church International St. Amant, (13423 LA-431, St Amant, LA 70774), with funeral services beginning shortly before 11:00 am. Burial with a short comittal service to follow  at Hope Haven Garden of Memory, (604 E Highway 30, Gonzales, LA 70737) following the funeral services at The Church International St. Amant.