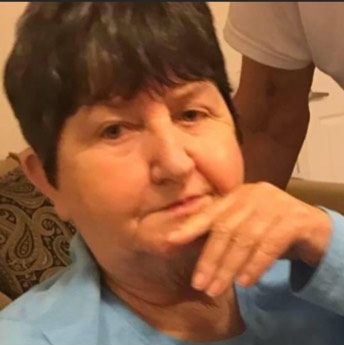 Lorrie Fay Lambert Holland, loving wife & mother, grandmother & great grandmother, entered into her eternal resting place on Tuesday, the 23rd of August, 2022. She was 78. She was a lifelong resident of French Settlement, Louisiana. Visitation will be held on Friday, the 26th of August, 2022 at St. Joseph Catholic Church in French Settlement, LA from 9:00 a.m. until mass at 12:00 noon. She is survived by her husband of 57 years, Jimmy Holland; daughters, Kelly Holland, Khristy Holland and one son, Kevin Holland (Tracey). She is also survived by 4 grandchildren, Nicholas Holland, Brittany Kennedy (Adam), Cody Holland and Lexie Lanier. As well her two great grandchildren, Mea and Ryland and one God child, Tara Templet. She is precede in death by her parents, Esther and S.K. Lambert. She was a very special Lady to who all knew her.