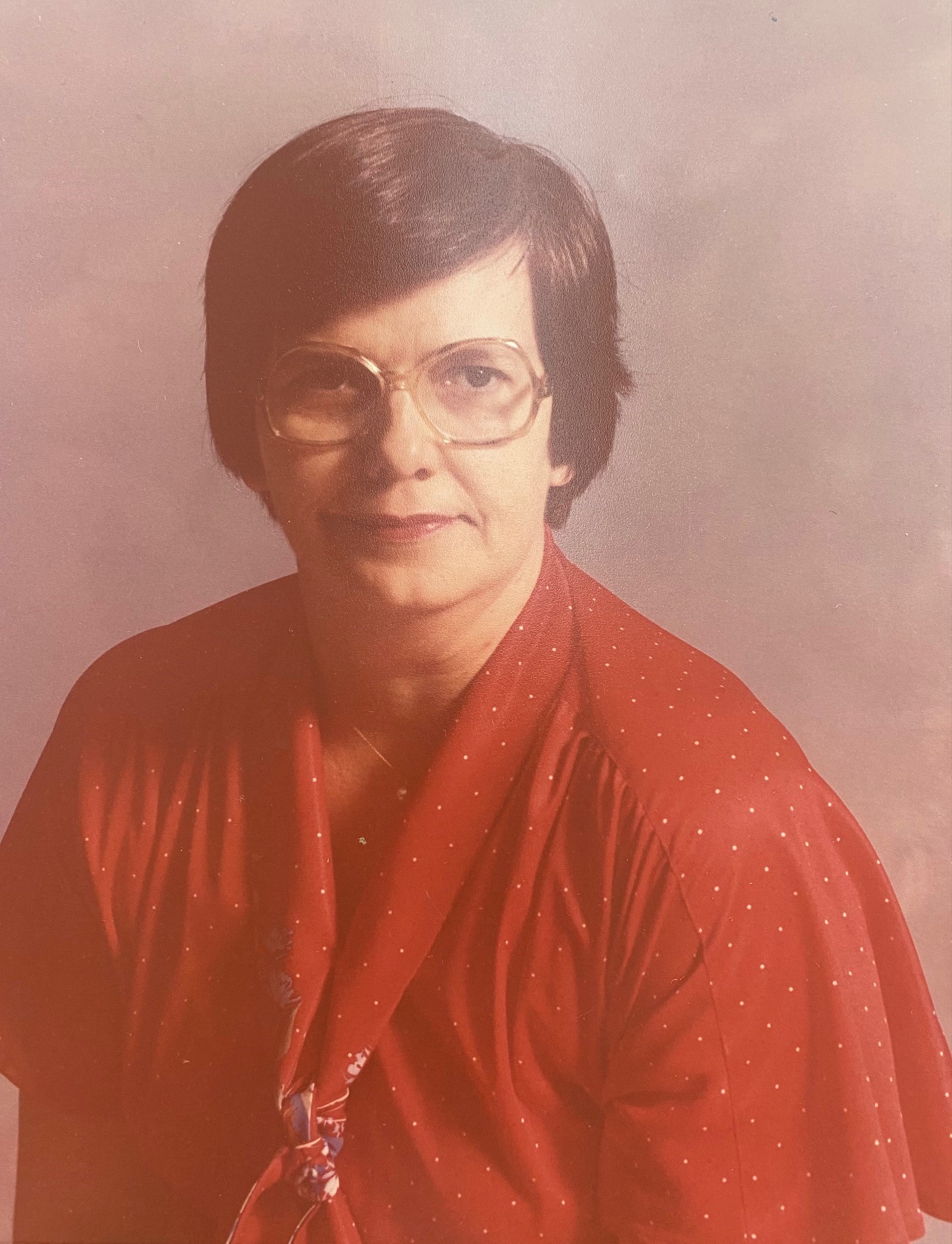 Sue Frances White, age 87, passed away peacefully on August 22 in Baton Rouge following a long and difficult illness. She was a native of Georgetown, LA, and a graduate of Georgetown High School, Class of 1955. She received a Batchelor of Arts in Education from Northeast Louisiana University in Monroe in 1963 (now University of Louisiana Monroe). Miss White was a long-time resident of New Iberia and a retired teacher from Iberia Parish School Board. For the past twelve years she has lived in Baton Rouge. Funeral services will be held at Zion Baptist Church, 4000 Hwy 472, Georgetown, on Saturday, August 27 at 1:00 p.m. with the Rev. Don Wright conducting the service. Visitation will begin at 12:30 p.m. Burial will follow in the Zion Memorial Cemetery. Sue is survived by her sister, Bonna Faye White White, Baton Rouge; sister-in-law Nora H. White, Tulsa, OK; and numerous nieces and nephews and their spouses, Perri White, Dallas, TX; Robert and Kristen White and their daughters, Sarah, and Caroline; Erin and John McDermott and their children, Douglas, and Eleanor all of Tulsa; and Susanne Garrett, of Limerick, Ireland. Great nieces and nephews include Lynn and Lester Hitchcock, Erick and Kathleen England and their daughters Claire, Charlotte, and Camille of Baton Rouge, and Missy and Chris Carroll and their children, Holden, Hudson, and Hadlyn of Raleigh, NC. She was preceded in death by her parents, George, and Nettie Mathews England White; brother, Stanley White; sister, Betty White Garrett; brother-in-law, Floyd White; and a brother and sister-in-law, Gaston and Marcile England. The family would like to express their appreciation to Sue’s friends in New Iberia, who have been so faithful in their encouragement through these years of confinement and difficulty. In lieu of flowers, memorials may be made to the Louisiana Baptist Children’s Home, P. 0. Box 4196, Monroe, LA 71211; St. Jude Research Children’s Hospital, P. O. Box 50, Memphis, TN 38101, or any charity of your choice. Arrangements are under the direction of Church Funeral Services, Baton Rouge 225-644-9683