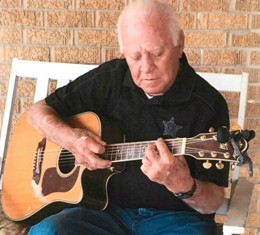 A resident of Prairieville, LA; 86 years of age, passed peacefully in his home on Tuesday, June 28, 2022.
He’s worked over the years at Cocoa Cola Bottling Company, Rubicon Chemical and Ascension Parish. He had a love for working his land and cattle over the years. He was a loving husband, father, and grandfather as well as a friend to many. He is survived by his daughters and sons-in-law, Darlene Moore and David Moore, Karen Demaree and Michael Demaree, Patricia Hamilton and Vince Hamilton, and Melissa Springman and Mark Springman.; twelve grandchildren; twenty-one great-grandchildren; and one great-great grandchild, along with his sister; Audrey Penalber Gayle Tyler. He is preceded in death by his loving wife, Barbara Berthelot Penalber, their son: Todd E. Penalber, grandchildren: Earl S. Armand and Joshua Joseph Penalber, parents: Richard Stephen & Celestine Fontenot Penalber, brothers, and sisters: Angelle Richard Penalber, Valdore Richard, Verdun Richard, Yeola Richard Smiley, Crafton Penalber, Calvin Penalber, Dorothy Penalber Roux, Aline Penalber Templet, and Helen ‘Faye’ Penalber Argrave. The family would like to express sincere gratitude tp Dwayne Labatut and staff, Heart of Hospice and Total Live-In Home Care Services as well as Home Instead and their staff for all the compassionate care and support they gave him during his final days.
At this time there will not be a schedule services per mom and dad’s wishes. We will have a graveside on a later date at the time of burial.