In Loving Memory of Mary Jenson 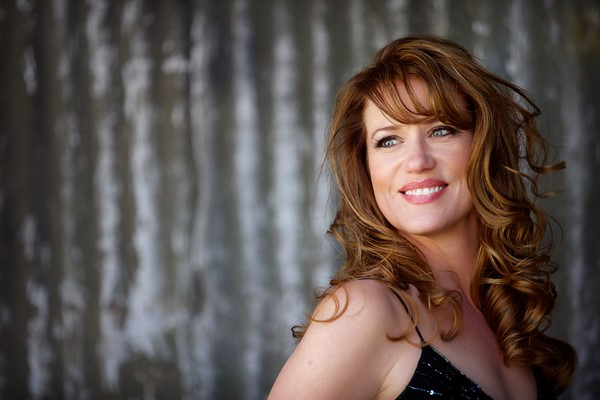 Born March 30, 1961, in Biloxi, Mississippi – the sixth of eight children to parents, Donald and Barbara Vernon.

Blonde, blue-eyed and much loved; Mary was a handful at an early age, full of energy, singing and laughter. She had the voice of a jazz angel and the mind of a genius. Whip smart, she breezed through school, but her passion was her music. As a teen, she performed with Sound Unlimited, a performing group at Valley High School in Las Vegas. She also performed on the stages of the Aladdin and the Riviera, and her group sang backup to Barry Manilow. Later, she was a DJ for a small radio station in Mendocino, California, and performed often with a big band.

After years in the hotel industry, she settled in Napa and began a career as a loan officer. In Napa, she raised her daughter, Julia Barbara Mabile, (née Vernon-Lawson) and was active in the performing arts community in the Bay Area.

Mary was a co-founder of the Napa Valley Jazz Society; a board member of Dreamweaver’s Theatre, she was the producer and host of “Live from My Living Room” (live streaming house concerts). She has performed at the Napa Valley Opera House, Napa Valley College, the Detroit Institute of the Arts, Freight & Salvage in Berkeley, and Yoshi’s in Oakland, just to name a few.

Mary volunteered as an Adult Literacy Tutor and was a proud supporter of NEWS (for survivors of domestic and sexual abuse in Napa, CA (napanews.org)

Mary still found time for her first passion and released two albums: Close Your Eyes (2009) and Beyond (2011). The albums show the range and beauty of her voice, blending jazz, standards, and original music. She was featured on Pandora and Spotify and will always be easy to find on YouTube. In the words of her song “travel on, to that place beyond.”