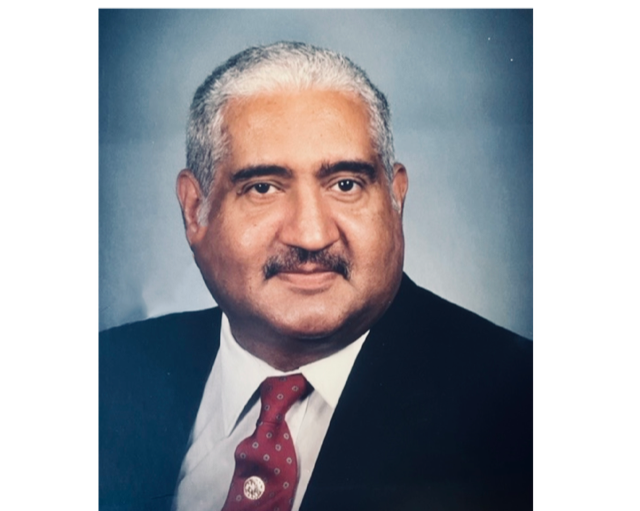 Cedric Michael Roberts was the youngest of three children of the late Clifford Charles Roberts Sr. and Gloria Weaver Roberts was born on July 27, 1953 in New Orleans, Louisiana. He died unexpectedly at 68 years old from natural causes in Convent, Louisiana on May 16, 2022. Cedric was preceded in death by his father, Clifford Charles Roberts Sr., his mother, Gloria Weaver Roberts, his brother, Clifford Charles Roberts Jr. and his grandchild, Baby Roberts. Cedric graduated from St. Augustine high school in New Orleans, Louisiana on May 25, 1971. Cedric was proud to be a “Purple Knight”. He went on to attend Southern University in Baton Rouge, Louisiana and obtained a bachelor’s degree in Liberal Arts in 1974. Cedric continued with additional training to complete all requirements for a Southern University teacher’s certification in 1976. Cedric worked at Jones and Laughlin Steel in Pittsburg, Pennsylvania in the administrative and business service location. Through his dedicated work ethic he was able to transfer to the Pittsburg Plant as Supervisor. While in the Keystone state he also attended classes at the University of Pittsburgh to further develop his leadership management skills. He also enjoyed learning about the city’s diverse cultures through its food and music. Cedric being a big football fan totally supported the Pittsburg Steelers team. When out on the town he was often mistaken for the Steelers running back, Franco Harris and would have many laughs about his efforts to convince other fans he was not Franco. During his time working at J&L Steel he met Judy Madison, a beautiful young lady from Pittsburgh, and they quickly became close friends. They married and had their first child. In an effort to be closer to Cedric’s parents and utilize his skills gained from J & L Steel, he and his new family moved to Houston, Texas. He soon began working in the piping industry at Baker Hughes, one of the largest oil services companies in the world. While in Texas, his family grew by two as they welcomed another son and a daughter. Living in Houston also allowed him to spend time with another great passion of his, fishing. He went on many fishing trips with close friends that became memorable moments he kept with him throughout his life. In fact, Cedric enjoyed fishing so much, he spent time teaching his children how to fish.

Cedric and Judy later divorced; however, their common goal to raise their sons and daughter remained essential and they did a great job of co-parenting. Later Cedric left Baker Hughes and upon moving back to Louisiana, he taught math and science classes at Romeville Elementary school in St. James Parrish. Cedric would often spend his days off and holidays in Convent, Louisiana with his children and family preparing their favorite dishes, Southern classics, Creole, and Cajun Cuisine. Cedric was an accomplished home chef, baker, and candy maker “ Pralines & Fudge”. He also enjoyed cooking on his smoker and grill to the enjoyment of everyone who got to taste his barbecue chicken, hot links, and ribs. Cedric always told his children, “cooking is easy, if you can read, you can cook.” In the late 1990’s Cedric decided to return to Houston, Texas to be closer to his two youngest children. He continued working as an educator by taking a teaching position in a large middle school in the Cypress Fairbanks Independent School District. A few years later he transitioned back into management and began working at AccuFleet as a Station Manager responsible for leading a diverse team of workers and overseeing duties that support jet aircraft operations. In 2007 Cedric was diagnosed with lymphoma and immediately began treatment which halted his work. Once he became cancer free, he returned to work at AccuFleet and resumed his life in Houston but sought a change in career to create a healthy work life balance. Cedric decided it was best to leave Accufleet and eventually join Conroe Independent School District as a school bus driver. In this role, he found peace in the lighter workload that came with this new job. Throughout his time in Houston, he visited his family’s home in Convent often and ultimately decided to return to Louisiana. In 2017, he received unexpected news that lymphoma returned and after “a talk with God ” he agreed to a grueling year long treatment and recovery period. Overcoming cancer for the second time was no easy feat and a true victory in his eyes. Nonetheless, this time around things were different and his body did not recover as it had after his initial battle with cancer. His last years at home in Convent were spent watching TV (football games and old Western movies were his favorites), barbecuing, taking joy rides in his Camaro, and talking and spending time with his family and friends.

Cedric was not a man of many words, but those who knew him well could easily attest to the love he had for them, understand his sense of humor and independence, and respect his integrity. He was a man that stood by doing things his way. Through God’s blessings Cedric, our Dad, would always say “if you live long enough, you get everything that is coming to you.”