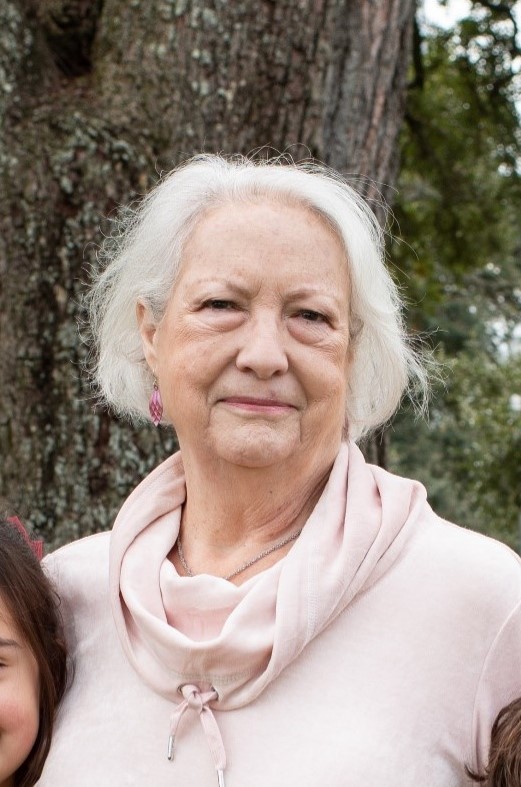 Marsha “Pepper” Lea Jackson Guidry passed away, surrounded by family, on May 13, 2022 at Our Lady of the Lake Hospital in Baton Rouge. She was born on July 7, 1949 in Baytown, TX and grew up in Grand Isle, Louisiana. She attended South Lafourche High school and Louisiana State University where she prepared for a long career pursuing her passion of educating students. She married Wayne, her husband of 49 years, in 1972 after a 6-week courtship.

She was preceded in death by her parents HL and Shirley Jackson as well as Wayne who passed away less than a year prior.

Pepper lived in Grand Isle until 1999 where she taught at Grand Isle School. After moving to Baton Rouge, she continued her teaching career at Kenilworth Middle School and Glasgow Middle School.

Pepper spent her youth enjoying her friends and family on the old Exxon campsite on Grand Isle. She was a member of Zeta Tau Alpha at LSU.

She is survived by her two children Laura Guidry Canedo (Baton Rouge) and Dr. David Wayne Guidry (Salt Lake City, Utah) as well as their spouses Jorge Mario Canedo-Martinez and Anna Holmes Guidry. She is also survived by her younger sister Kristi Jackson. Most importantly, she was survived by her two true joys in life, grandchildren Juliana Marie and Jorge David Canedo. She loved being their “Honey” more than anything else.

Pepper will be deeply missed by her family, friends, and the many hundreds of students whose lives she influenced over the years.

We would like to express our sincere thanks for the excellent and compassionate care she received at the end of her life at OLOL in the medical oncology unit and from the staff at Pinnacle Hospice.

Plans for a celebration of her life are currently under way. In lieu of flowers, please consider a donation to Jefferson United Methodist Church Preschool (10328 Jefferson Highway; Baton Rouge, LA 70809; 225-293-4440) or a blood donation to your local blood bank.