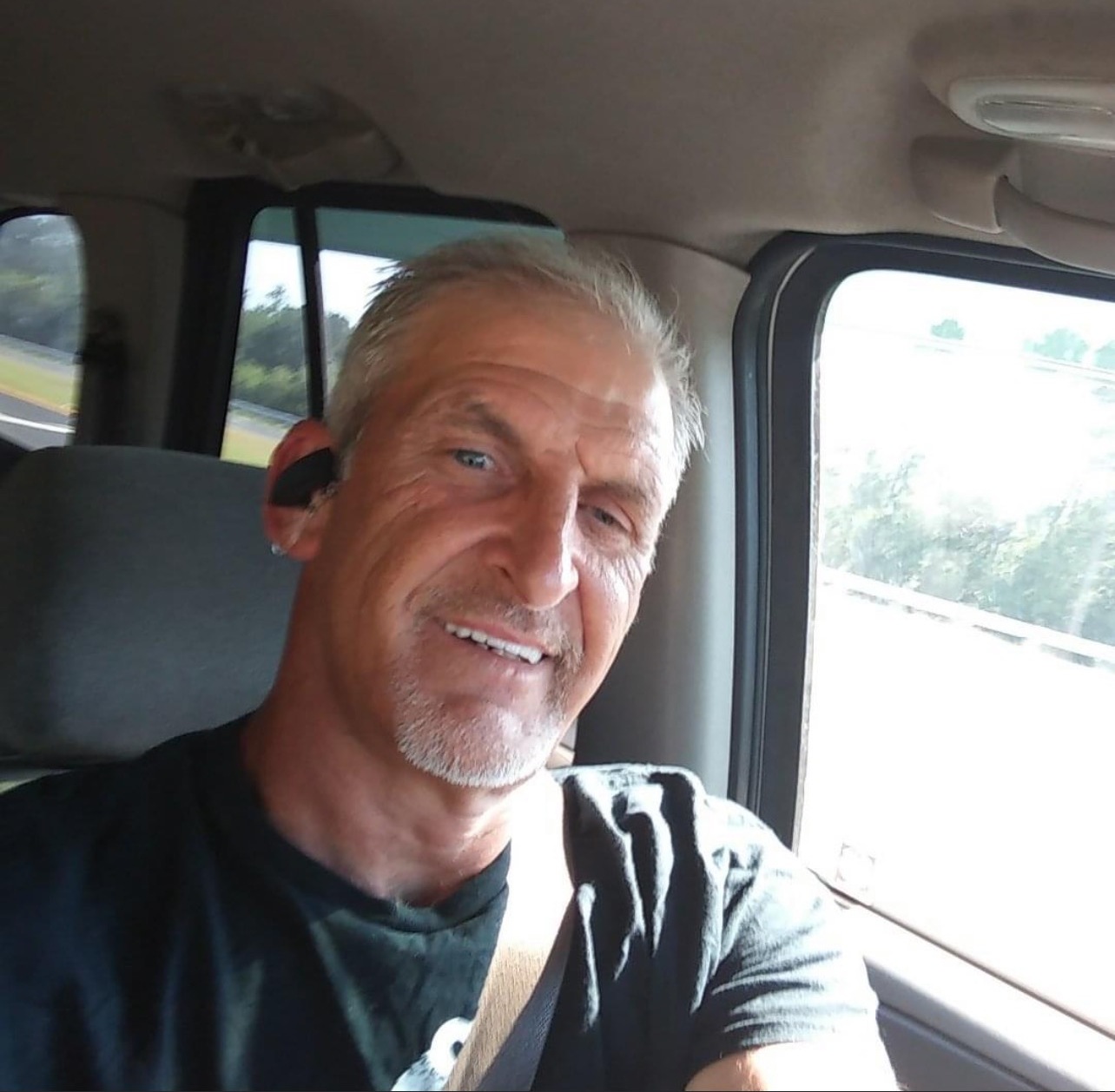 Was born on October 28, 1966. He was 55 years old. He passed away on April 10, 2022 joyously, holding his only child in his arms. Robby was a roofer by trade and an aspiring DJ known as DJ Cyclops.  His passion was making music and he had a special talent for breakdancing. His family especially loved watching him spin on his head. Robby was an avid LSU sports fan cheering on the Tigers every chance he could.

He is preceded in death by his sister, Cheryl Chenevert Caldwell, and his father CS “Skip” Chenevert Jr.

He is survived by his daughter Taylor Che’lyn Chenevert and her mother Mika White, one granddaughter Aleigha Diane Chenevert with one grandson on the way.  His mother and stepfather Lynn and Judy Robichaux, his stepmother Carolyn Chenevert, 12 brothers and sisters Lynette, Chuck, Lisa, Bubba, Curt, Alison, Shane, Michelle, Chenelle, Christy, Chad, and Sheri. A multitude of in-laws and nieces and nephews.

Robby will be greatly missed by all who knew and loved him. We rest in confidence knowing that Robby has fought the good fight. He has won the race.  He has kept the faith. Now, there is in store for him the Crown of Righteousness, which the Lord, the righteous judge will award to him on that day. Not only to Robby, but also to all who have longed for His appearing.

For the kingdom of God is not a matter of eating and drinking, but of righteousness, peace and joy in the Holy Spirit

A reception celebrating the life of Robby will be held immediately following the burial at The Event Center, 1158 N Little John Dr., Baton Rouge La. 70815