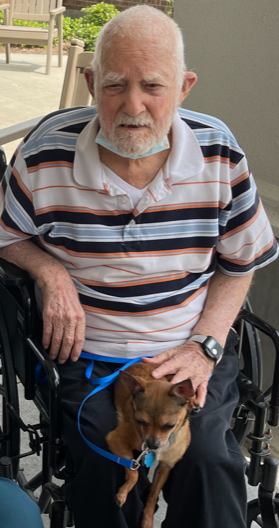 William “Bill” Spencer Hutchinson, 88, passed away peacefully on March 31, 2022, at Golden Age Nursing Home in Denham Springs. He was born on May 2, 1933, in Bayou Barbary, LA, where he grew up. He served in the U S Army during the Korean Conflict. He worked for Delta Concrete for many years, he loved hunting, playing his banjo, and singing gospel music.

He is preceded in death by his parents Hillary and Alzada Hutchinson, siblings Marguerette, Earl, and Bobby Hutchinson, children Danny Hutchinson, Brenda H. Lee, and a stepdaughter Wanda Avara McLin.

Visitation will begin at 9 am on Saturday April 9, 2022, at Salem Baptist Church, until time of the service at 12 noon. Interment will follow at Salem Cemetery.