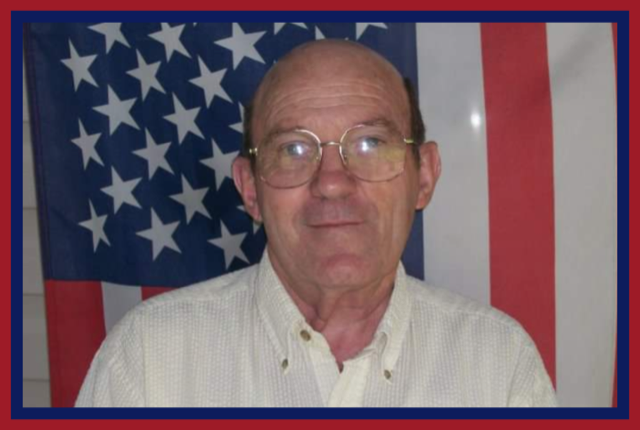 Woodrow Paul Stelly, Sr., age 83, of Gonzales peacefully passed away at his home on March 24, 2022.  To his business contacts he often went by “Will;” but to friends and family he was affectionately called “W.P.” Born on September 1, 1938, to Eddie Edward & Eula Marie Stelly in Cow Island, Louisiana, W.P. graduated from Port Neches-Groves High School in Port Neches, Texas in 1956 where he participated in drama club, junior red cross, library club, safety patrol, and the chess, checkers, and dominoes club.

W.P. married Maxine Moffett Manchack and adopted her daughter, Rhonda.  To his eternal credit, Rhonda often praised what a great father he was and how she felt she was treated the same as his four biological children—Woody, Craig, Samantha, and Renee.  Their legacy includes 19 grandchildren and 20 great-grandchildren.  W.P.’s work allowed them to travel throughout their lives together, and though they lived in Utah for a bit in the late 1980s, Louisiana was always home.

As a young man, W.P. worked construction and eventually started his own private company, Stelco, which specialized in industrial cooling towers.  This work took him all over the country for weeks or months at a time.  When the family was just starting, Maxine and the children would move to where the work was located before, they finally set roots in Gonzales.  For a short time, W.P. and Maxine also owned the Greyhound Bus Station in Gonzales during the late 70’s.  In all endeavors, W.P. and Maxine worked together. They were very active in the community with the development and establishment of Parent Awareness, Inc., an anti-drug group aimed at keeping drugs away from youth, and in educating parents and families.  This nationally recognized group assisted in getting several laws passed in Gonzales and surrounding areas, met with PTO groups in various schools, taught parents, and families the signs of possible drug use, and worked hand-in-hand with several lawmakers at the local and state level.

Raised Catholic, later in life W.P. was baptized in the Church of Jesus Christ of Latter-day Saints.  After W.P. joined the Church, they traveled to Salt Lake City, UT, to be sealed as a couple for time and eternity and were blessed to have several of their children sealed to them as well.  W.P. served as Bishop of the Gonzales Ward from 1994 to 1999.  Along with his wife, Maxine, W.P. he served as a temple worker and trainer regularly traveling to the temple in Dallas, TX, and then the temple in Baton Rouge, LA, upon its completion.  Through the years, W.P. officiated at many civil weddings for friends and family.  Even before serving as bishop, he served with the ward’s Boy Scout troop and took the boys on numerous camping and high adventure outings.  Many of the youth of the ward during his tenure as bishop remember him with great love and affection and he always felt blessed when invited to attend their temple weddings and sealings.  He felt fortunate and blessed to have participated in the blessings and baptisms of many of his grandchildren and great-grandchildren.

Cajun French was often spoken in the home when W.P. was a child.  He recalled being punished for speaking French in elementary school during the years when only English was tolerated in the formal learning environment.  Later, he regretted losing the ability to speak fluent Cajun French but said he could always understand his grandparents and parents when they spoke Cajun French around him.  As a teenager, W.P. was a Golden Glove Champion in Texas, and later earned a certificate as an expert rifleman while serving as PFC in the U.S. Army and Army National Guard.  W.P. coached each of his children in many of their sporting endeavors when they were young. The children recall family vacation trips to Mexico, the Grand Canyon, Church historical sites like Nauvoo, Illinois, and Temple Square in Salt Lake City. He later picked up the game of golf and would play whenever the opportunity arose proudly sporting his LSU golf bag.  Along with other church members and non-member friends, he enjoyed playing basketball in the early mornings at the Gonzales ward building with the missionaries. He and Maxine regularly fed the missionaries a homecooked meal.

Huge LSU fans, W.P. and Maxine created an entire LSU room featuring LSU wallpaper, framed LSU Championship posters from the Advocate, various LSU paraphernalia, and even a tiger figurine that was about 3 feet tall.  Even one of their 5 Christmas trees had an LSU theme.  He could always be found in front of the TV or at the occasional game serving with Boy Scouts when the LSU Tigers were playing.  While Maxine was the collector of the two, W.P. enjoyed having the inside and outside of their home thoroughly decorated for Christmas—5 trees each with a different theme, Christmas villages spread throughout the bookshelves, lights galore, and yard decorations of all types and sizes.

We invite all W.P.’s friends and loved ones to join us in celebrating his life at The Church of Jesus Christ of Latter-day Saints, 502 Hwy 30 W, Gonzales, LA, on April 9, 2022.  There will be a public viewing starting at 10:30 a.m., followed by a service at 11:30 a.m.  There will be a private, graveside ceremony for the family at Hope Haven Cemetery in Gonzales, LA, at a later date.  In lieu of flowers, please donate to St. Jude or MD Anderson for cancer research for Men2B in memory of Woodrow Paul Stelly, Sr.  His great-granddaughter, Krystn Annale’ Martinez, age 6, has Men2B and is a cancer survivor of MTC.