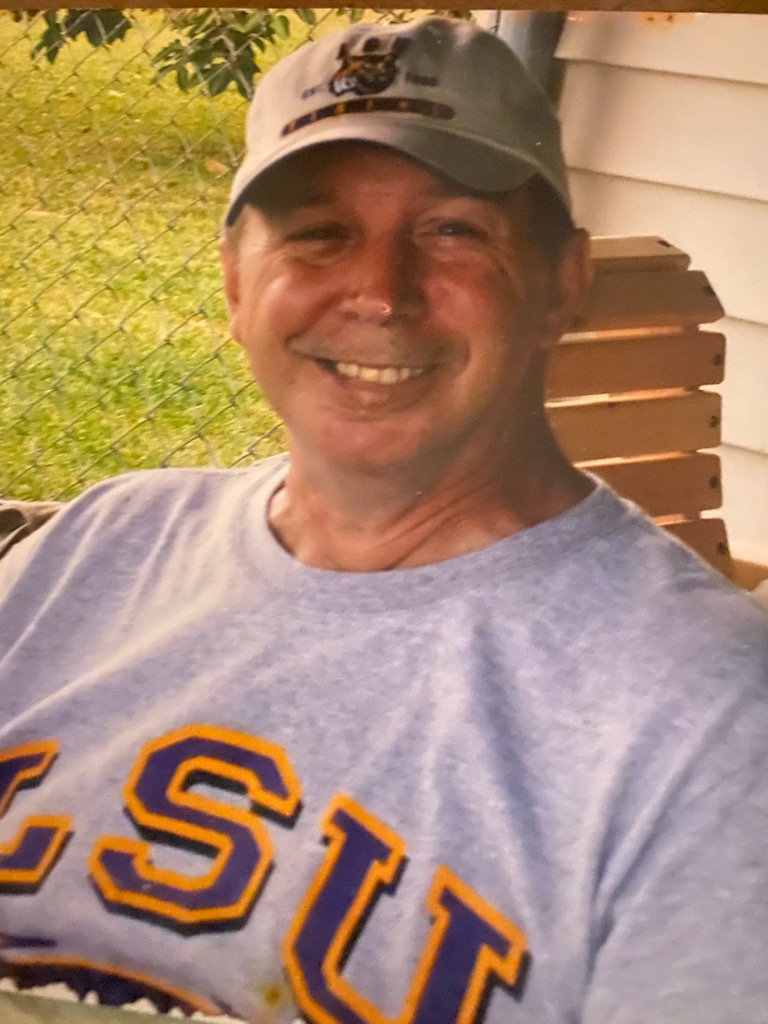 Brent was born on February 1, 1950, the son of Larry, Sr. and Marie Braud of Dutchtown, and died unexpectedly one day before his 72nd birthday.  After graduating from East Ascension High, he worked at Wyandotte Chemical until he suffered a traumatic brain injury in 1976 as a result, spent the rest of his life under the loving care of his parents and family.  He was previously married to Corliss Bourgeois and had one son, Michael B. Braud, Jr.  Brent was extremely happy, full of love, and always wearing an LSU shirt.  He was a lifelong member of St. John Catholic Church.  Survivors include his mother, Marie Braud; siblings, Connie (Richard) Brock, Gwen LeBlanc, Larry (Carolyn) Braud, Jr., Sherrill (Mike) Roussel, and Don Braud; granddaughter, Gabrielle Villanueva; and great granddaughter, Olivia Villanueva.  Also survived by a myriad of nieces and nephews, all of whom have a favorite Uncle Brent “partyhouse” story, and many friends and cousins.  Preceded in death by his son, Michael B. Braud, Jr.; his father, Larry P. Braud, Sr.; a brother, Jeffery Braud; and a brother-in-law, Alton LeBlanc.  A Celebration of Brent’s life will be held at a later date.