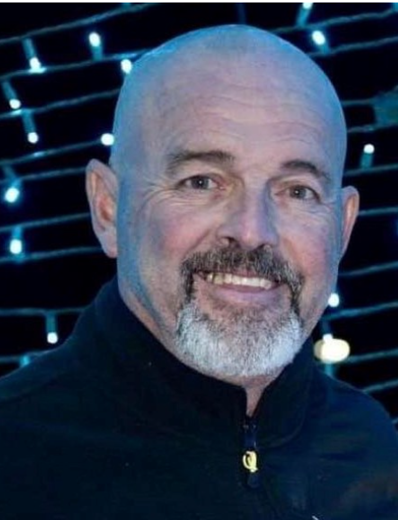 A ceremony celebrating the life of Louis Vernon Vicknair  Saturday January 22, 2022, at Colyell Baptist Church, 19524 LA Highway 42, Livingston, LA 70754, visitation will begin at 10 am, funeral service will be at 1 pm. Interment with Military Honors will follow at Colyell Cemetery. Refreshments will be served after the graveside, mask is not mandatory, but is recommended.

To know Louis (Vernon) Vicknair is to know joy, to know laughter, to know true kindness. He is a proud Follower of Christ and has Faith so strong it could move mountains. He believes “God’s Got This” and lives by that daily. He has remained strong for many years, and he has held on as long as he could. Selfishly we want him here with us, but God has much bigger plans.
He was born on the 15th day of November 1961 in Independence, La. He was a native of Denham Springs, Louisiana, residing in Colyell, Louisiana. He was a Graduate of Denham Springs High School in the year of 1981, where he participated and mastered at several sports on many levels. He went on to enlist in the United States Army in the year of 1984 where he continued to serve his Country for 4 years. He received numerous Awards, Ribbons, Achievements throughout his 4-year tenure. His primary Specialty was Heavy Anti-Armor Weapons Infantry. He received an Honorable Discharge in the year of 1988.

Louis was a Family Man, he loved grilling BBQ or frying Shrimp for his loved ones or for Football Parties. Louis always made everyone around him smile or laugh, feel at ease, he was a jokester but had a very loving, caring side too. Let’s just say, “In his presence, you were never bored”.
He was baptized at Christ Community Church in Denham Springs, Louisiana and from that day forward Louis was a faithful person. He loved GOD with every fiber of his being and kept his Faith for a complete Healing until the very end. But OUR GOD had other plans, he needed a new Angel and he got one of the very Best in Louis Vernon Vicknair.

Louis was an avid LSU Sports fan, not just Football, all LSU Sports were very important to him. “I can remember the many evenings he would watch LSU Gymnastics with me, those will be memories burnt in my mind forever”,
Love Tee.
He was an Umpire for both USSSA and FASA for 37 years, a Basketball Referee for 15 years, he truly took pride in his work with the Children.
He will be preceded in death by James W. Vicknair Sr. (Father), Mark D. Vicknair (Brother), Natalie F. Vicknair (Niece), Ja ‘Corin J. O’Neal White (Great Nephew) Paternal & Maternal Grandparents, Numerous Uncles, Aunts and Cousins 2 Grandfurrbabies: Princess Marie Wheat-Vicknair and Honey “Badger” Vicknair