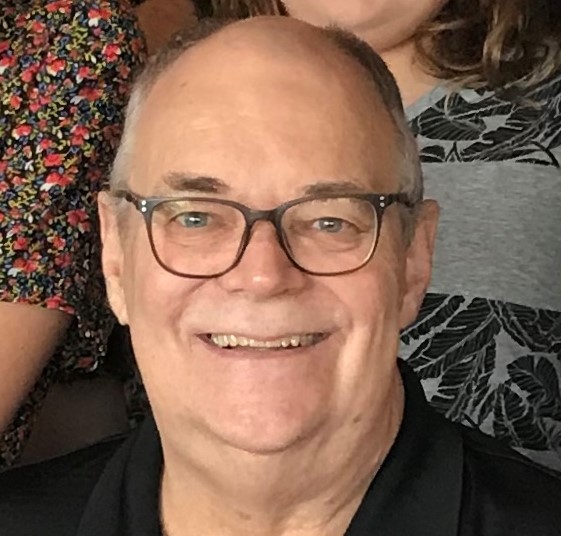 Franklin Derald Kirkland, Jr. was called home during the late hours of his 68th birthday on January 12,2022. Derald (known in North Louisiana as ‘Derry’) was proud to call Minden his hometown. A 1972 graduate (and self-proclaimed “track star”) of Minden High School, he chose Baton Rouge as his home. Derald went from a frequent visitor of the Assistant Principals office to a well-respected man whose life’s purpose was to spread “Peace, Love and Happiness” Derald spent 21 years working to lay foundations for “The Information Super Highway” in Louisiana State offices. Before retiring in 2013, Derald impacted & inspired countless lives in his career as Director of the Office of Telecommunications Management (OTM), creating lifelong friends and confidants. In 2004, Derald was given his favorite promotion of all, with a new title of “Poppy”. His “Princess”, “Bud” and “Sunshine” were the center of his universe & he was more than happy to share that fact with any & all he met. Music was not just a pastime but a passion for Derald. Curating the perfect playlists, sharing newfound bands, songs and genres, attempting to learn the chords on his guitar, he passed his love for music down to his son, “JB”. He spent his days pretending to not like the “two monsters” (Tiger & Sissy), who could be found snuggled up next to him as he listened to his music. Derald is survived by his wife of 14 years, Christine Laird Kirkland, his daughter Kellie Noel Linton and husband Lane Linton, and Son Jeremy Benton Kirkland and stepson Luke Easterly. His grandchildren Allison Noel Linton, Jackson Lane Linton, Emmaline James Linton and Evangeline Claire Linton. His father Derald Kirkland Sr. and stepmother Mary Jo Skinner Kirkland and 2 sisters Renee Carlisle and Sharon Lennox, Brother Neil Lee and stepsiblings Jo Ellen Paul, Patty Smith and Lem Grigsby. Proceeded in death by his mother Carol Whitfield and sisters Linda Kirkland and Lisa Toland. A Memorial Visitation will be held locally, Thursday January 27th, 4:30pm-7:30pm at Ashley Manor Reception Center at 14214 Old Hammond Hwy, Baton Rouge, as well as, a service, Saturday January 29th at 2pm at First Baptist Church Chapel, 301 Pennsylvania Ave, Minden, La. In lieu of flowers donations can be made in Derald’s honor, to The Leukemia and Lymphoma Society.