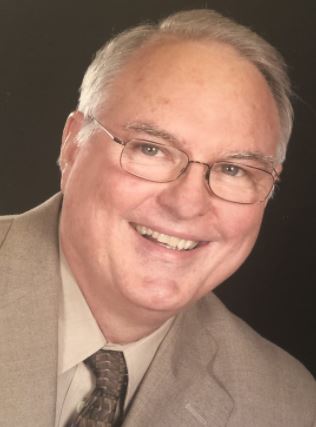 Terry Wayne Rozas passed away on January 9, 2022, at the age of 73. He was born on April 5, 1948, in Ville Platte, Louisiana. Terry graduated from Opelousas High School, Class of 1966. In 1968, Terry was drafted into the U.S. Army and began basic training first at Fort Polk in Leesville, Louisiana, and then later at Fort Dix in New Jersey. In April 1969, he left Louisiana and arrived in Vietnam in May, one month after his 21st birthday. Terry served one year in Vietnam. He began his career as a barber in Baton Rouge, Louisiana and later worked as a Plant Operator at Liquide Carbonex/Praxair, Inc. in Geismar, Louisiana. Terry was a member of St. Jean Vianney Catholic Church and the St. Jean Vianney Knights of Columbus Council 9247. He was a kind and gentle man, who loved his family and friends. He had a delightful sense of humor, and he enjoyed seeing his family and friends smile. Terry is survived by his wife of 53 years, Judy Charles Rozas, a son Troy Rozas (Nicole) of Baton Rouge, a daughter Stacy Rozas Badeaux (Coy) of Denham Springs, a granddaughter Abby Lauren Rozas of Baton Rouge, a brother Irvin Gene Rozas of Baton Rouge and sisters Glenda Rozas Montet (David) and Linda Rozas Boutte, both of Lafayette. Terry was preceded in death by his father, Wallace Rozas and his mother, Evelina Fontenot Rozas. Pallbearers are Ted Labbe, Barry Labbe, Bryan Labbe, Kevin Labbe, Cody Labbe, and Kyle Labbe. Visitation will be held on Thursday, 1/13/2022 from 10:00- 11:00am followed by a mass of Christian burial at 11:00 am at St. Jean Vianney Catholic Church on S. Harrell’s Ferry Road. Interment will follow at St. George Cemetery on Siegen Lane. In lieu of flowers, please make a donation to your favorite charity. Thank you to Palliative Care of Baton Rouge and The Hospice of Baton Rouge Butterfly Wing. Church Funeral Services is in charge of arrangements.