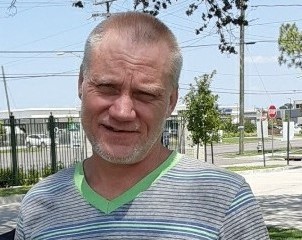 Robert Edward Abadie III, 51, of Bridge City passed away unexpectedly of an aneurysm on December 26th, 2021. Robert was born on January 31st, 1970 to Robert Edward Abadie Jr. And Mary Marie Eiskina.
Robert had an immense passion for fishing and felt most at peace being on the water. He was a lifelong arbor specialist and the owner of Abadie’s Tree Services. He took great pride in this unique art-form.
Robert was one of a kind to say the least . He defended his family and what he believed in with unrivaled ferocity and loyalty. Robert had a passion for the Holy Bible and it’s teachings. He truly loved caring for animals and helping people that others overlooked. The organs he donated have already saved lives. Robert’s family and friends will miss him more than words can say.
Mr.Abadie was preceded in death by his son, Kristian Robert Abadie Sr. and is survived by his daughter Mary Elizabeth Eiskina; His grandchildren Asenath Withe, Brooklyn Abadie, and Khristian Abadie Jr; His parents Robert Abadie Jr. And Mary Eiskina; his sister, Patricia Abadie Mike (the late John Mike); brothers Roland Abadie (Carla Behrens), Patrick Abadie, the late Adam Abadie Sr. (Candace Abadie); and a host of nieces, nephews, Aunts, Uncles, and cousins.