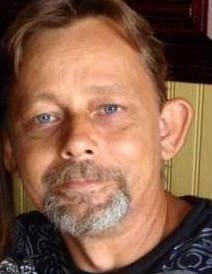 Jason Alan McLaughlin, age 56, a native of Denham Springs, LA and a resident of French Settlement, LA passed away on Sunday, December 12, 2021 after a short but hard fought battle with cancer. Jason was preceded in death by his father, Robert Bruce McLaughlin, Jr.; his mother, Florence Yevette Lusk; his brother, Daren Duane McLaughlin; great nephew, Malachi McLaughlin; grandparents, Bruce and Melba McLaughlin and Louis and Marie Allen. He is survived by his sons, Christopher, Michael and Brandon and by his daughter Stephanie Nigh, son in law Austin Nigh and grandson Conrad Nigh. He is also survived by his brother Rob, and sisters, Tressie and Terri; and numerous nieces, nephews, cousins, aunts, uncles and friends.
A celebration of life will be held at 10:00 a.m. on Saturday, December 18, 2021, at Rock Church & World Ministries. 20810 Plank Road Zachary, LA 70691
Jason will be greatly missed by those who loved and knew him, but we take comfort in knowing he is no longer in pain.