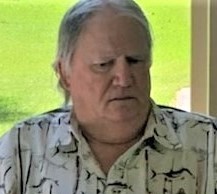 Gary Paul Chedville, age 69, passed away on December 2, 2021. He was born in Algiers, La. on August 28, 1952. He was a resident of St. Amant, La. and had retired from BASF after working there for many years. He loved his family and friends. He also was an excellent cook, and enjoyed fishing, music and was a huge sports fan. Gary was preceded in death by his father Thomas Clyde Chedville, his mother Janet Audrey Chedville and brother Dale J. Chedville. He is survived by his son Curtis Anthony Chedville, daughter Kelly Marie Chedville, two grandsons Joseph & Elijah Sheppard and granddaughter Harleigh Sheppard, four brothers Darryl, Mark, Glen and Chris Chedville, one sister Denise Taylor and her husband Steve. There will be a memorial service at a later date.