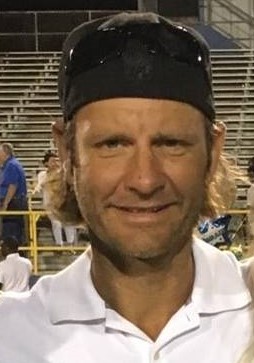 Born on 19 November 1976 in Lafayette, Louisiana.  Passed away at his home on 20 November 2021 in Gonzales, La. David was a non-active member of the Church of Jesus Christ of Latter-day-Saints. David was a 1995 graduate of East Ascension High School.  Played many sports in his younger years and was very athletic.  While at EA he played football and soccer and lettered 4 years in Soccer.  After High School he attended South Eastern University, La. Tech and then BYU in Provo, Utah.  He later went to Millwright School and Earned his certification. He worked for many years as a scaffold builder and carpenter. David had a passion for fishing.  Any and every chance he had to go fishing, you could find him fishing day or night.  He knew every fishing pond around, and could tell you what kind of fish to catch in each one. David never met a stranger.  Had a very kind heart and would do anything for anyone. He especially loved his children.

In honor of David’s wishes, No funeral services or viewing will take place.  He will be laid to rest in Hope Haven Cemetery next to his brother on Hwy. 30 in Gonzales, La.

To view David’s tribute video please click the link below: