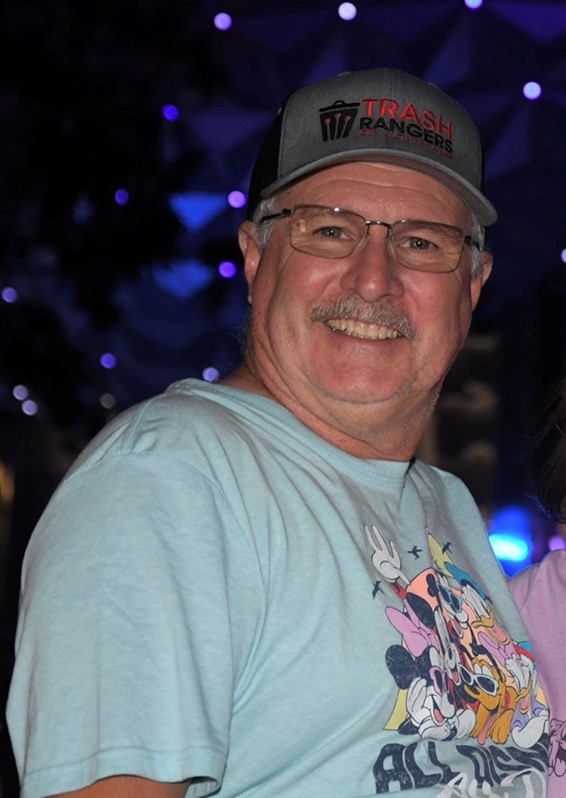 “There are no goodbyes for us. Wherever you are, you will always be in our hearts.” John Alan Myers, of Gonzales, Louisiana, was a caring husband, father, paw paw, son, brother and friend to many. He passed away on November 21st, 2021 at the age of 60.

John was born on May 19th, 1961 in Baton Rouge, Louisiana to Billy Gene and Juanita Myers. He graduated from East Ascension High School in 1979. John began his career on March 1st, 1980 at UPS, where he worked until his retirement in 2018. When John wasn’t working, he enjoyed restoring classic cars with his father-in-law, camping with family and friends, and watching sporting events.

Family was the most important part of John’s life. He married the love of his life, Kimberly Ann Haydel Myers on July 9th, 1983. One year later, they welcomed their first child, Stephanie. In 1990, their son, Clint, was born. John was a loving father who worked hard to provide for his family and was very active in his children’s lives. Becoming a paw paw to his three grandsons was the greatest joy in John’s life and he loved spending time with his little buddies.

John is survived by his loving wife of 38 years, Kimberly. He will be deeply missed by his daughter and son-in-law, Stephanie and Patrick Icenogle; son and daughter-in-law, Clint and Briana Myers; and his three young grandsons, Rhyse, Cayden, and Oliver. He also leaves behind his father and mother, Billy Gene and Juanita Myers; father-in-law and mother-in-law, Melvin and Linda Haydel; siblings, Paul Myers, Mark Myers (Sharon), and Anna Myers Sagona (Mike);  as well as countless nieces, nephews, and great nieces and nephews.