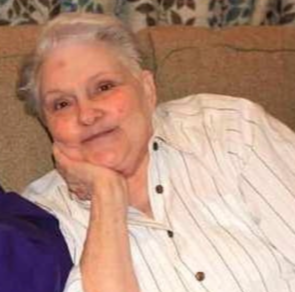 Maxine Deloris Moffett Stelly, age 83, of Gonzales peacefully passed away at her home on November 4, 2021, surrounded by family. Maxine was born on December 20, 1937, in Florine, Louisiana, graduated from French High School in Beaumont, Texas, and was blessed to be able to travel many places during her life.  Maxine married Woodrow “W.P.” Stelly, Sr. and they raised five children together.  Their legacy includes 19 grandchildren and 20 great-grandchildren.  W.P.’s work allowed them to travel throughout their lives together, but Louisiana was always home.

A homemaker throughout her life, she worked outside of the home for a brief period when they owned the Greyhound Bus Station in Gonzales during the late 70’s.  She and W.P. also created and ran Stelco, a private business that they ran for many years.  Maxine and W.P. were very active in the community with the development and establishment of Parent Awareness, Inc., an anti-drug group aimed at keeping drugs away from youth, and in educating parents and families.  This nationally recognized group assisted in getting several laws passed in Gonzales and surrounding areas, met with PTO groups in various schools, taught parents and families the signs of possible drug use, and worked hand-in-hand with several lawmakers at the local and state level.

Baptized at the age of 8 in the Church of Jesus Christ of Latter-day Saints, she sang in the choir for many decades.  After W.P. joined the Church, they traveled to Salt Lake City, UT, to be sealed as a couple for time and eternity, and were blessed to have several of their children sealed to them as well.  Later in life, Maxine and W.P. served as temple workers and trainers traveling regularly to the temple in Dallas, TX, and then the temple in Baton Rouge, LA, upon its completion.

Maxine enjoyed collecting—Church history prints and Southwest décor that she used to decorate her home, along with figurines of old people to name but a few.  Huge LSU fans, Maxine and W.P. created an entire LSU room featuring LSU wallpaper, framed LSU Championship posters from the Advocate, various LSU paraphernalia, and even a tiger figurine that was about 3 feet tall.  Her collecting was probably best realized in her Christmas decorations.  Though they lived in a modestly-sized house, there were five decorated trees found throughout the house (one had an LSU theme), a Christmas village that took over an entire book case, and the house and yard were alight with colorful strands of lights, figurines, and inflatables.  Maxine will be dearly missed and always remembered.

We invite all of Maxine’s loved ones to join us in celebrating her beautiful life at The Church of Jesus Christ of Latter-day Saints, 502 Hwy 30 W, Gonzales, LA, on November 13, 2021.  There will be a public viewing held from 12:30 – 2 pm, followed by a service at 2 p.m.  There will be a potluck to follow in the gym for family and attendees.  In lieu of flowers, donations to help offset funeral costs can be forwarded to W.P. Stelly, or via Venmo @Krystn-Martinez.