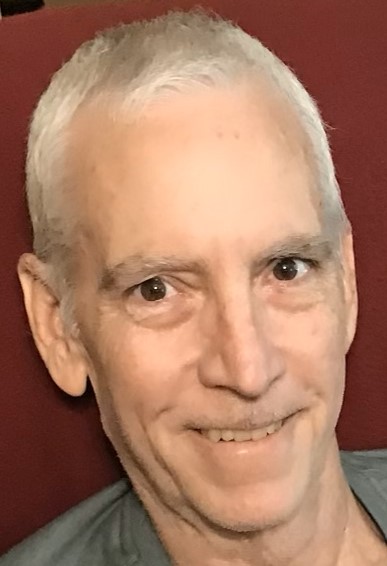 David K. Bourgeois (Chopper and Super Dave), a native and resident of Gonzales, was called to Heaven on November 2, 2021 “All Souls Day” at the age of 62 after battling a year long struggle of adenocarcinoma esophageal cancer.  He was a graduate of East Ascension High School and Baton Rouge Vocational Technical Institute.  He was a valve machinist at Fisher/Emerson Valves and upon his death a pump machinist employed by Flowserve Pump Division.  He was baptized Methodist and recently converted to Catholicism on October 25, 2021, receiving the sacraments of confession, communion, confirmation, and anointing of the sick, by Father Matt Dunn of St. John the Evangelist Catholic Church in Prairieville.  Sacraments were performed in the comfort of his home in the presence of his wife, sister, mother-in-law, and his son.  His most loved hobbies were hunting, fishing, and spending time with his family.  He is preceded in death by his mother, Bertha “Bootsie” Bourgeois; father, John Bourgeois, Jr; oldest brother, Blain Bourgeois, Sr. and father-in-law, Bertrand Lieux.  He is survived by his loving wife of 21 years, Therese Lieux Bourgeois; one son, James Dwyer and 3 grandchildren; Makenzie Dwyer, Jacob Dwyer, and Jadelyn Dwyer, all of which were the loves of his life.  He is also survived by his mother-in-law, Josephine “Phenie” Lieux; sisters, Patricia Bourgeois and Karen Bourgeois Daniel; brother, Ken Bourgeois, wife Dannay; sisters in law, Angela Lieux Fadous, husband Milad, Julie Lieux Kfoury, husband Gaby; brother-in-law, Michael Lieux, fiancé Jan McClelland; nieces and nephews Nicholas & Andrew Fadous, Paul & Leah Kfoury, Blain Bourgeois, Jr., Memorie & Ryan Bourgeois, Kattie Daniel, and Mark, Jamie, Dean & Jessica Elwood; and 9 great nieces and nephews.

Services will be held on Friday, November 12th, at St. Theresa of Avila Catholic Church, located at 1022 N. Burnside Ave. in Gonzales, LA.  Visitation will begin at 10:00 am and funeral mass at 11:00 am.  Interment will follow at Hope Haven Garden of Memories, 604 E. Hwy. 30 in Gonzales.  Special thanks to Mary Bird Perkins and a very special thanks to Audubon Hospice especially Kim and Shelly for their devotion and care of David.  In lieu of flowers, memorial gifts may be given to honor his life and memory to the American Cancer Society, PO Box 22478, Oklahoma City, OK 73123