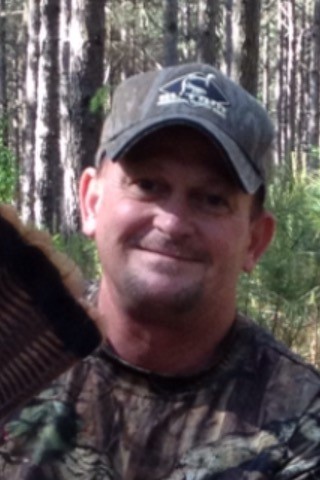 Richard Freeland Wagley was born on October 28, 1959 in Baton Rouge, LA as one of five children to his loving parents, the late Freeland and Joyce Wagley.

Richard’s childhood and teenage years were spent hunting, fishing, playing sports and racing dirt bikes, which is how he met Debbie, his loving wife of 38 years and mother to their two children, Luke and Kaycee. Nearly every Friday evening, the two of them could be found at Mike Anderson’s eating chargrilled oysters and stuffed crabs. Richard graduated from Glen Oaks HIgh School, where he learned the art of painting cars. He worked in the automotive industry his entire professional career, but his main focus was on his family.  He was a great provider, and spent many long nights and weekends doing sideline work repairing vehicles and doing what needed to be done for his wife and kids. He was a committed husband, dad, Pops, brother, uncle, coach, and a friend to many. His happiest moments were spent with his family. “Pops” was like a big kid at heart, which allowed him to relate so well to his grandkids, Jaxon and Sophia. He had such a fun loving spirit and enjoyed every stage of watching these two grow.

He had working hands that never sat still. With help from his family, Richard built the house where he and Debbie raised their two children, Luke and Kaycee, 32 years ago. He loved having a good project to work on and took pride in restoring his 1990 Ford Bronco and Honda Elsinore CR125 dirt bikes. Richard was a true Louisiana Sportsman, enjoying deer hunting and fishing, but his passion was spring turkey hunting. He could use a turkey call with the best of them and enjoyed competing in turkey calling contests. He loved to spend quality time outdoors with those close to him.

He loved teaching and coaching, and was a mentor for countless others. To this day, he is still known as “Coach Richard” to those that he shared his passion and knowledge of the game of baseball with. He took great pride in teaching valuable life lessons both on and off the field.

Richard’s lifelong dream of owning his own automotive paint & body shop was fulfilled when he helped his son, Luke, open Certified Collision. Richard could always be found at “The Shop” lending a helping hand, and doing anything he could to contribute.

Richard finished his life of loving commitment to family, friends, and Redeemer in this world on August 5, 2021, lovingly attended and embraced by his family. He is survived by his wife, Debbie, Luke & Alli Wagley and Jaxon, Kaycee, Jeffrey and Sophia Martrain. His siblings and their spouses; Randy & Lisa Wagley, Rodney Wagley, Robert & Peggy Wagley, Cathy & Gerald Rodgers, and all other extended family.

The words of the Apostle Paul are most fitting. “I have fought the good fight, I have finished the race, I have kept the Faith. Henceforth there is laid up for me the crown of Righteousness.”

Visitation to be held at Zoar Baptist Church Friday, August 13, 2021 from 9-10am. Ceremony and burial to immediately follow. We openly welcome you to join in the celebration of Richard’s life with us.