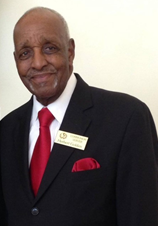 In his early years, he worked as a laborer, independent contractor and later transitioned into sales. He was an insurance agent for Standard Life Insurance and Universal Life Insurance. Pop later trained to be a (CLU) Chartered Life Underwriter with (AAL) Aid Association for Lutherans Insurance in Appleton, WI. Wanting to continue in sales, he became a Manufacturer’s Rep for Summit Laboratories/Alberto-Culver Co. under the leadership of S. Henry Bundles, the son-in-law of Madam CJ Walker. His job was to introduce and sell black hair care products to barbers and beauty supply houses and other retail outlets, such as K&B, Schwegmann’s, and Kmart, throughout the southern region, which included Louisiana, Mississippi, Alabama, Arkansas, and Tennessee. He also made an impact in Baton Rouge through Emmitt Douglas’ Barber and Beauty supply on Myrtle St. during the civil rights era. He was a civil rights activist and active member of the NAACP and the National Urban League of New Orleans, working alongside Judge Israel Augustine, Rev. Avery Alexander, and Mayor Ernest N. Dutch Morial, to name a few. He also was a member of the YMCA Tri Circle Club, the Autocrat Social and Pleasure Club of New Orleans

In the late 70s, he decided to become an entrepreneur. He was the owner and operator of River Parish Taxi Service of New Orleans, which he continued until Hurricane Katrina, after which he retired in 2005. Mr. Golden was always a man’s man. He stayed up to date with advancements in technology. He was forever learning. Pop Golden was a people person that enjoyed using social media, mainly Facebook/Messenger and text messaging. He never met a stranger. He enjoyed befriending people in various Walmarts throughout Baton Rouge. He always had a kind or humorous word to make them laugh and smile. He was a natural comic who personified that laughter is good for the soul. Pop Golden absolutely loved watching action and comedy movies, and (T&J) Tom and Jerry especially the ‘Pecos Pest’ episode 096 from 1955.

At a very young age, he accepted Jesus Christ as his Lord and Savior. He was an active founding member of Bethel Lutheran Church of New Orleans, LA, (1964) where he served in many capacities (licensed and ordained Deacon and Elder, Bible Study teacher, choir director, congregation president, janitor, groundskeeper, etc.). You name it Pop did it. He was a member of the New Orleans Lutheran Inspirational Choir (NOLIC), the Gospel Music Workshop of America (GMWA) National Mass choir and the GMWA New Orleans chapter choir. In 2002 Pop joined Household of Faith Family Worship Church International of New Orleans, LA, where he served as a Church greeter and an Elder visiting nursing homes to conduct Bible study. Due to Hurricane Katrina, he moved to Baton Rouge, Louisiana. In December 2005, Pop Golden and his wife, Irma, joined Living Faith Christian Center, where he was a Communion Server and participated with the Men’s Fellowship and Intercessory Prayer Ministry. During this time Pop was also a Distributor of Beautiful Black Magazine owned by the late Byron Weathersby and its current owner, Java Weathersby. He actively attended church services until the global pandemic (March 2020) prohibited him from doing so. That didn’t stop Pop from becoming a virtual member watching via (you guessed it) Facebook and YouTube.

A ceremony celebrating the life of Pop Golden will be held on Friday, July 30, 2021, at 11:00 a.m. at Living Faith Christian Center, 6375 Winbourne Ave., Baton Rouge, LA 70805. Visitation will begin at 9a.m. Due to Covid restrictions, masks are required and there will not be a repast. In lieu of flowers, live plants, and monetary donations via Cash App ($IJHGolden) are welcome.

A cheerful heart is good medicine, but a broken spirit saps a person’s strength.