In Loving Memory of Lowe Irvine 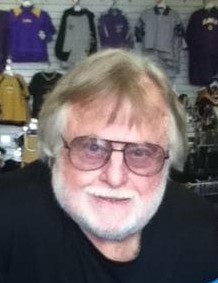 “Coach” Lowe Irvine a native of San Antonio, TX and resident of Baton Rouge passed away on October 6, 2020 at the age of 81.

He was a teacher and football coach most of his career. He taught and coached at Irving High, John Ehret, East St. John Catholic High among other schools and Athletic Director at Jefferson Parish School Board. He attended Texas State University.

Coach Lowe played football in his youth as well as being a professional golfer and played with many well-known players. He was an avid LSU and Saints fan and enjoyed all sports. After retiring from the school system, Coach enjoyed the many friends he made while working at New Orleans Sports Store.

Those who knew him will miss his kind heart and cheerful enthusiasm.

He is survived by his wife of 16 years; Debra and three children. He had several grandchildren and considered himself adopted father and grandfather to many.

He was proceeded in death by his father, James Wilson “Red” Irvine and mother Beulah Irvine.