In Loving Memory of Randall Gill 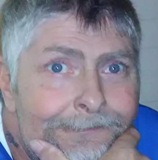 A ceremony celebrating the life of Randall Scott Gill will be held on Friday September 4, 2020 at 2 pm at Central Baptist Church, 14200 LA Highway 44, Gonzales.

He was a resident of Sorrento and worked as a contractor.

He is preceded in death by his parents Rosalie Anderson and Earl Gill Sr.