In Loving Memory of Noah Chapman 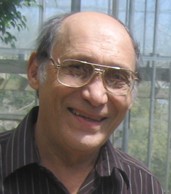 Mr. Noah David Chapman passed from this earth Thursday April 16th, 2020. He was a native of Oberlin, La, and a resident of Baker, LA.

He will be remembered by all who knew him for his love of bonfires, dancing, playing the guitar and singing folk songs, riding 4 wheelers and having an all-around good time

Proud veteran of the US Army from 1956 to 1960 serving overseas in Germany. Noah’s cremains will be interred at the Louisiana National Cemetery W. Mt Pleasant Zachary Rd, Zachary, LA 70791 at a later date due to social distancing.