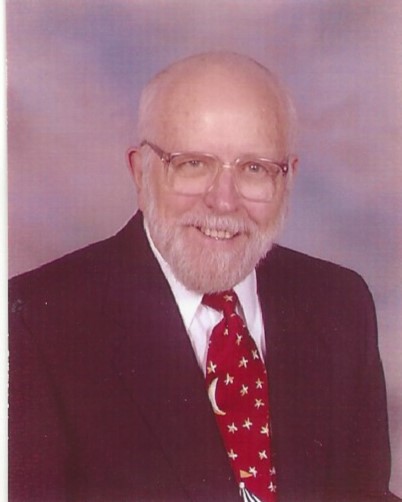 John Edgar Firestone, Sr. died Friday, April 3, 2020 at The Carpenter House in Baton Rouge after a brief illness. He was 90 years old.

Born in Rosepine, Louisiana, on June 3, 1929, he spent most of his youth in Hathaway, Louisiana. He received a BA in chemistry from McPherson College. After a year of teaching high school chemistry, he returned to Louisiana to attend LSU Medical School in New Orleans, where he also taught physiology for a year. He was a member of Alpha Omega Alpha Medical Honor Society and received the Outstanding Surgery Student award of his 1957 graduating class. Nonetheless, he decided to specialize in Internal Medicine. After completing his Internship (Philadelphia General Hospital), Internal Medicine Residency, and a year of Nephrology Fellowship (Charity Hospital of New Orleans), he served two years at the US Naval Hospital at Beaufort, SC. At time of his military discharge, he had attained the rank of Lieutenant Commander.  Returning to Louisiana, he joined the Expressway Medical Center in 1963, where he practiced general Internal Medicine for over 30 years. He was particularly active at West Jefferson Hospital, where he was on the committee that brought the first ICU and CCU to the hospital in 1965. He later served as Chief of Medicine for WJGH and on their Board of Directors. He served in many medical civic positions, including assistant Medical Director of the Jefferson Parish Red Cross Disaster Program during Hurricane Camille. He formed many long, close friendships over those years and even after his retirement continued to enjoy the company of those colleagues as part of the Retired Old Medics Eating Out (ROMEOs).

John is preceded in death by his two wives, Paula Finn Firestone, to whom he was married for 40 years, and Ruby Ann Lamendola Tallant Firestone, to whom he was married for 15 years. He was also preceded by his parents, Vena Peters Firestone and Lenard J. Firestone; his stepmothers, Lena Sonnier Firestone Guillory and Mellie Brown Fulmer Firestone; and his siblings, Harvey Joseph Firestone (and his wife, Freddie Eason Firestone), Elizabeth Firestone Bollich (and her husband, Rev. Robert Bollich), Katherine Firestone Jester (and her husband, Richard Jester, DVM), and Carl Firestone.

John loved to sing and belonged to the choir of every church he attended. He relished his time with the New Orleans Mardi Gras Barbershop Chorus and the St. James Place Snazzy Singers. He was an enthusiastic traveler and visited five continents, missing only Australia and Antarctica.

The family extends their gratitude to the staff of St. James Place of Baton Rouge, François Bend of Gonzales, and St. Joseph Hospice at Carpenter House for the gentle care and comfort they showed John in his later years. Given the circumstances of the coronavirus pandemic, burial will be a private event. The family is very appreciative of the many expressions of support and condolence. They are planning a celebration of John’s life at a future date. Friends and family are invited to view and sign the online Guest Book at churchfuneralservices.com. For those who are inclined to make gifts in his honor, please consider the Spirit of Charity (Hospital) Foundation (2000 Canal Street, New Orleans, LA  70112, 504-702-3113) or the Society of St. Vincent de Paul Pharmacy (PO Box 127, Baton Rouge LA 70821-0127. Please designate pharmacy in the note section if donating by check).