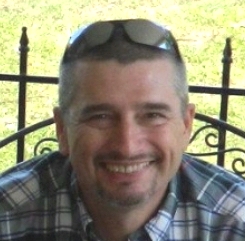 Dewayne was born on August 23, 1968 to Russell. and Betty Hano and passed from this life on Sunday, December 29, 2019 at the age of 51. He was a native of Holden and resident of Livingston, LA. He graduated from Holden High School in 1986. Dewayne was a very talented man. He had a passion for building and rebuilding engines of every type from small to large engines. He could draw any and everything he saw or could imagine. His career was in pest control for over 25 years. Dewayne is survived by his only child, Brent Dewayne Hano and wife, Lanie; and grandson, Kason Wayne Hano of Prairieville, LA; sister, Melissa Hano Duffy of Livingston, LA; nieces, Kristan Edwards Duffy, husband Terry, and Rachael Duffy; nephew, Louis Duffy all of Livingston, LA.; stepfather, Lonnie Pope of Amite, LA; and numerous aunts, uncles, cousins and friends. He is preceded in death by his father, Russell Hano; mother, Betty Watts Hano Pope; and brother, Calvin Earl Hano; paternal grandparents, Euis Vernon Hano and Willie V. Fletcher Hano; maternal grandparents, Louis Carew and Verna Watts. Visitation will be held on Friday, January 3, 2020 at Colyell Baptist Church. 19524 Highway 42, Livingston, LA 70754 from 9 a.m. until Funeral Services at 2 p.m. Interment will be at Courtney Cemetery, La Hwy. 1036. Holden. La. Services provided by Church Funeral Services, St. Amant, La.