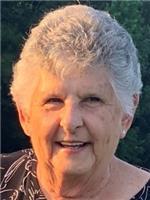 Frances (Fran) Brumfield passed away peacefully at the age of 79 in her home surrounded by her loving children on December 7, 2019 after a short illness. She was born on November 4, 1940 in Eldorado, Arkansas to Annette and Willie Clyde Prudhome. She was lovingly raised by her mother Annette and step-father Travis Simmons. She traveled the US with her parents Annette and Travis during her teen years, which led to her lifelong passion of travel absolutely anywhere with a 5-star hotel or on a riverboat! Eventually, she settled in Slidell, Louisiana to raise her own family. She was a devoted wife, mother, and friend. Fran is preceded in death by her beloved husband Don Brumfield, eldest son William Brumfield, and grandson Jared Brumfield. She is also preceded in death by her sister Anita Neal and their parents. Fran is survived by her children Melinda Fitts, David Brumfield (Kacee), and Angela Brumfield (Samatha). She has left behind her grandchildren Derek Brumfield, Erica Brumfield, London Osbon, Haley Brumfield, and Sydney Osbon; her great-grandchildren Chloe Brumfield, Collette Brumfield; and her most adored and beloved Bennett Brumfield, who had a special place in her heart. She is also survived by her niece Connie Small Daniels; nephew JT Neal; great-nephews Shelton Small (Connie) and JT Neal; and her great-nephews Gatlin Small and Dillon Neal. Fran and Don Brumfield started their family business, Bulk Systems & Services, Inc, in 1976 and she retained active ownership and involvement until her death. She enjoyed volunteering her time at Slidell Memorial Hospital and was a member of Rotary Inner Wheel. She was a loving, selfless, and kind soul who will be greatly missed by all who loved her. Friends and family are invited to attend a visitation in Fran’s honor on Saturday, December 14, 2019 between 1:00 p.m. and 4:00 p.m. at Audubon Funeral Home located at 61101 Highway 11 in Slidell. In lieu of flowers, please celebrate Fran’s memory with a donation to the Alzheimer’s Association, a disease that took her husband way too soon.