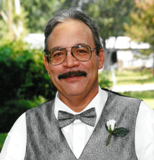 To everything there is a season, and a time to every purpose under Heaven. Ecclesiastes 3:1.

Daniel Keith Populus, passed away suddenly at the age of 62 on Sunday, August 11, 2019.He was born in Baton Rouge, La., on June 5, 1957 and a resident of Denham Springs, La. Keith loved hunting, fishing, football, pup dogs and his family. He had a natural knowledge of the woods and water and could have literally lived off the land. May the Lord keep you closer to the trees and creeks, with a fishing pole in your hand. You will be so very missed. Keith is survived by his Mother, Mary Cruthirds Populus, a son, Blake Edward St.Romain, brothers, Randy Populus, Darryl Populus (Kim), Aubrey Populus, sisters, Sandra Dulaney (Jimmy) and Shan Miller (David), his extended family, Paulette, Eunice, Carol, Janie and Samuel, Niece, Danielle Riley, nephews, Richard Riley, Joshua Populus (Christi) and Matthew Populus. Keith is also survived by his very special puppy friend, Buddy who will miss him so much. Keith was preceded in death by his father, Herman Populus, his sister Gayle Populus Riley, maternal grandparents, Edward and Loretta Cruthirds and paternal grandparents, Caz and Luetta Populus. Keith was also preceded in death by a longtime best puppy buddy, Lucky Populus. A memorial service for Keith will be held on Saturday, August 24, 2019 from 1:00 till 3:00 at the Venue located at 13475 LA 431, St. Amant, LA. 70774. In lieu of flowers, the family requests donations be made to St. Jude Children’s Hospital, 262 Danny Thomas Place, Memphis, TN. 38105 or to the Humane Society of the United States, 1255 23rd St., NW, Washington, DC. 20037. Arrangements with Church Funeral Services, Walker 225-271-4574