In Loving Memory of Richard Brown 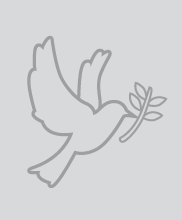 Richard Brown of Albany, La was called to be with Our Lord on August 5, 2019 at the age of 60. Richard was born November 26, 1958 to the late Rowena Durbin Brown and William Lee Brown, Sr. He enjoyed his church friends and his computer. He is survived by his half-sister, Margret Birdwell; lost half-brother; Dudley; and several cousins.  Preceded in death by his sister, Gracie “Sissy.” Special thanks to all the nurses and doctors at North Oaks Hospital and Rehabilitation Hospital. Arrangements made with Church Funeral Services, Walker, LA. 225-271-4574