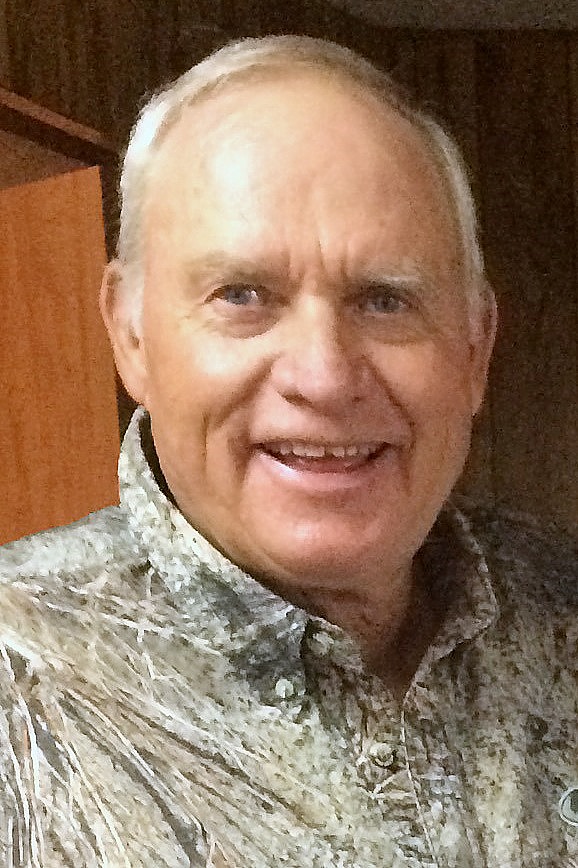 Gerald “Jerry” Horace Foster was called home to be with his Lord and Savior on June 16, 2019. He passed away in his home at the age of 71 after courageously battling a pulmonary disease.  Jerry was born in his parents’ home located in Calliham, Texas on November 25, 1947. During his lifetime he lived in Texas, Honduras, Colorado, and finally settled in St. Amant, Louisiana. After graduating high school, Jerry went on to achieve a degree in Horticulture from USL.

During the course of his life it was apparent that he was truly a jack of all trades and a master of most of them!  He was a teacher and coach, where he had the opportunity to influence many lives.  Then in 1977 he began drilling water wells when he bought and began operating Lambert’s Water Well Services.  Even after selling his water well drilling business he continued to serve the people in his community by offering his help and expertise whenever they needed it.  After an attempt to retire he quickly learned that slowing down was not an option for him.  He then owned and operated a shrimp boat.  When he wasn’t on the water, he worked at Sorrento Lumber Co. holding a variety of responsibilities.  His hobbies and interests are quite varied due to his willingness to try new things.  He sang bass in a gospel quartet, The Maranatha Messengers, where he would spread the word of God’s love and help bring people to the saving knowledge of Christ.  For many years he was a deacon at Immanuel Baptist Church.  Later, he was an active member of Fellowship Church at Gonzales. He was an avid hunter and fisherman whose passion was so great that he passed it on to others for generations to come.  Jerry accomplished this by starting and operating Hunter’s Creek Hunting Club and was lovingly referred to by all members as their “Fearless Leader”.  Then he developed a wildlife management program on Foster land in south Texas so that his daughters, grand-daughters, nieces, and nephews could continue the family tradition.  Jerry had a great love for animals, especially raising Brahman cattle and other livestock.  Nothing brought him greater joy than seeing his daughters and granddaughters show cows, sheep, and goats.  In later years, he would spend hours tending to his massive garden and tomato greenhouse.  His giving spirit shined bright when he would show up at someone’s door with bags of produce that he had grown.

Jerry is survived by his wife of 46 years, Karla Ann McHenry Foster; his daughter Kelli Blanchard (Bert) and their daughters, Peyton and Paige; his daughter Carol Perez (Tony) and their daughters, Eliana and Daniella; his siblings Jim Foster, Wayne Foster, Kathy Johnston, and Randy Foster; along with numerous nieces, nephews, cousins and friends.  Jerry was  lovingly known as “Poppy” to his four granddaughters.  His two closest friends, Arnold “Ziff” Sheets and David “Bushwacker” Bush knew him as “Geraldo” and they were collectively known as “The Three Amigos”.  He also bragged that he managed to end up with the best two son-in-laws a father could ever hope for.

Jerry was preceded in death by his parents Dan R. Foster and Carrol Joyce Curtis Foster.  After the passing of his father, Jerry truly became the patriarch of the family.  He was a loving brother whose wisdom was constantly sought after and he was known as a peacemaker.  His smile and distinctive laugh was contagious to all.  Though he attempted to be tough on the outside, those that knew him knew he was soft on the inside.  He would give you the shirt off his back if you needed it and he would ask nothing in return.

His brother Wayne stated he does not have one bad memory of Jerry and everyone who knew him agrees.  His sister Kathy will miss her brother’s spiritual guidance and advice, but most of all his little “love notes” that he always included in the packages of pecans that he shelled for her every year.  Jerry gave special nicknames to his daughters; Kelli was always known as “Kel-Bel” and Carol was always “Pee Pie”.  Kel-Bel is thankful for the many valuable life lessons he taught that are too many to count.  Pee Pie says that God designed her Daddy especially for her; he always knew to say exactly what she needed to hear.

Jerry’s request was that no memorial services be held.  To celebrate his life, family and close friends gathered at his daughter’s house to reminisce about the beautiful memories he has left with us all.  Thank you to all who were able to attend and contribute to the gathering.  In lieu of gifts, we ask for prayers.  In closing we are reminded of Jerry’s two favorite words which guided all his actions . . . grateful and blessed.  Despite the heartache so many feel over losing such an amazing man, we are grateful for having the opportunity to know and love him.  We are blessed that he was a part of our lives and will continue to live on in our hearts.

Romans 8:28  And we know that all things work together for good to those who love God, to those who are called according to His purpose.

Arrangements made by Church Funeral Services of St. Amant.