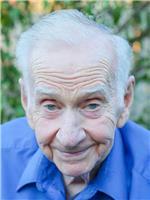 Harold “Pa D” Durbin age 91 has taken his place at the Feet of the Saviour, leaving this world of sin and woe behind. He has joined his parents, Clarence and Gladys Durbin and his two sisters, Gloria Simon Barber and Vera McFarland. He leaves a large and loving family behind, including his dear wife of 60 years, Margaret Durbin; two sons, Barry Durbin and wife Ashley and Edwin Smith and wife Trudy; two daughters, Rhonda Reeves and husband Mike and Selinda Jarnevic and husband James; 8 grandchildren and 10 great-grandchildren. He is a U.S. Army veteran of the Korean War, a Baton Rouge Firefighter, and a faithful member of Central Baptist Church in Baton Rouge for 50 years. Pallbearers will be Michael Reeves, John Durbin, James Jarnevic, Terry Clay, Daniel Reeves and Edwin Smith. Honorary pallbearers will be Marc and Craig Simon. Visitation will be held at Central Baptist Church on Wednesday, April 24, 2019 from 9:00 AM until religious services at 11:30 AM conducted by Pastor Alan Bartlett and Evangelist Danny Bezet. Burial will follow in the LA National Cemetery in Zachary. In lieu of flowers, memorial donations may be made to Central Baptist Church Mission Account or to St. Jude Children’s Research Hospital. Church Funeral Services in Walker is in charge of arrangements.